Emerging Church Leader Doug Pagitt: "Don't Have One Organization....Have Hundreds of Them"

I am reposting this article because of a recent interview in which Dr. John MacArthur stated, regarding the Emergent Church Movement:  "(T)he so-called Emergent Church is now in a state of serious disarray and decline. Some have suggested it’s totally dead. Virtually every offshoot of evangelicalism that consciously embraced postmodern values has either fizzled out or openly moved toward liberalism, universalism, and Socialism." And so I find myself in the curious position of disagreeing with John MacArthur, whom I admire greatly. It is simply not true that the Emergent Church Movement is fading away because the Emergent Church Movement, as detailed in the article below, has done exactly what it was they intended to do from the start, and that was to sow the seed of postmodern spirituality among the youth in many different organizations, after which it would have a life of its own.

Doug Pagitt recently gave an interview on Fighting For The Faith with Chris Rosebrough, and was asked to comment on the supposed demise of the Emergent Church Movement.  Interest in this topic has chiefly come about due to a greatly diminished level of activity on Emergent Village, which is known to be a gathering place for emergent thinkers.  Some have even been so bold as to say that the movement itself has failed.  But in this exchange between Emergent church pastor Doug Pagitt (who is one of the founders of the Emergent Church Movement) and Chris Rosebrough, Pagitt makes it very clear that it was never the purpose of Emergent Village to be the sole gathering place for emergents.  Rather, its intended purpose was to be a gathering place for emergents as they learned enough about the movement to be able to take this knowledge and successfully duplicate it out in the world.  Pagitt makes a compelling case that the Emergent Village, for all intents and purpose, was an incubation center, of sorts. So this decreased level of activity at EV is not to be viewed as a failure, but as a success - as in, the emergents are so busy going out into the world planting churches with this radical new way of "doing church" that they don't even have time to visit their once favorite hang-out.  Read below the exchange between Chris Rosebrough and Doug Pagitt: 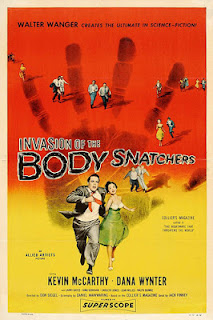 Chris Rosebrough: "People just assume because you haven't updated the blog or the podcast for awhile that that somehow means you guys have gone away."

Doug Pagitt: "The kinds of apparatus that this network used early on - big conventions or invitation only meetings - that was important for the one season of the network, but now we're at the point where there's too many people in too many places that are fully engaging in this that no one organization could capture all of it.  So we've been deliberate in saying, then don't have one organization, have hundreds of them."

Chris Rosebrough: "So you've replicated yourselves."

This should be a chilling thought to anyone with any understanding at all of emergent theology.  This heretical, universalist, ecumenical church has found a way to replicate and send its teaching out into the world, not once or twice, but hundreds of times, like a monster in a bad sci-fi movie.  You know, the kind of movie where everyone's battling the monster and running for their lives, then they FINALLY kill the monster, and everybody breathes a sigh of relief.  Except that.....as the movie ends, the camera pans around to an empty field, and you can see hundreds of monster eggs, half buried in the dirt.  The credits roll, but you know it's not the end.......  Doug Pagitt's interview with Chris Rosebrough put me in mind of this.  Emergent has gone away? Don't be so sure. 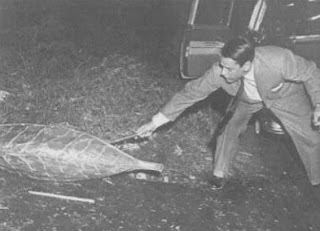 John MacArthur Says the Emergent Church Movement in "Disarray and Decline?" Not So Fast.....

Universalism: the "Gospel Message" of the Emergent Church Movement and New Age Spirituality

The Legalism of The Emergent Church Movement....Yes, Really
Posted by Christine Pack at 10:45 AM