How Do We Discern God's Will For Our Lives?

In a recent sermon, Voddie Baucham, pastor of Grace Family Baptist Church in Houston, TX, taught on the issue of discerning God's will. I was so thankful that a friend forwarded the link for this sermon to me because in listening to it, I was struck by what a timely and important message this is. The issue which Pastor Baucham is addressing - how it is that we hear from God - is, in my mind, the epic battle that is raging through today's church. Even among solid, Bible-believing Christians of today can be heard the language of a kind of "soft" mysticism:

Have you ever heard this terminology? Perhaps you have yourself said something similar? Listen to Voddie Baucham explain why this kind of language and thinking is not Christian, but is in fact pagan:


This week, we move over into our very minds, and our very thinking, as it relates to the decisions that we make, and this issue of walking in God's will. This is not just a question....this is the question of our day. This is the slippery slope of our culture. This is that area where, even in the church, it is difficult to find biblical thinking. It is difficult to find a biblical understanding of seeking, knowing, and walking in the will of God, and the overwhelming majority of the instances to which we point are absolutely pagan and not Christian in their origins. Let me read for you if I may. This is from a book by Bruce Waltke, it's called Finding the Will of God? A Pagan Notion? And he's asking that question: is that concept of finding the will of God actually a pagan concept?

(Waltke) starts by giving several examples that will be very common to his hearers, as it relates to the way we talk in Christian circles about discerning God's will, making decisions: What do I do next? What do I do now? Where do I go next? Listen to this:

"Margaret is a successful career woman with a desire to please God. She worked her way up to a supervisor's position in the accounting division at First National Bank and married rather late in life.  Now in her late 30's, she is struggling with the importance of her job. She would like to do something significant for Christ, but feels that her job prevents her from making any changes. Margaret's church recently held a missionary conference in which the speaker challenged Christians to become involved in world evangelism, and encouraged everyone to justify why they are not 'serving the Lord overseas.' Those words stay with Margaret as she ponders spending the next twenty five years at her desk doing the same old accounting tasks. The next day, she reads in the paper about a hurricane devastating the Marshall Islands. The accompanying photograph of two children crying over the death of their parents vividly captures the destruction and deprivation, and Margaret prays for those poor souls left to fend for themselves. That very afternoon, a co-worker making plans for his vacation leaves a brochure on the Marshall Islands, and Margaret decides to pray that the Lord would make his will clear to her. That night her husband comes home complaining that the best lawyer in his office - a young man named Marshall - has just been transferred to their east coast office.

'Honey,' Margaret says to her husband, 'I've been thinking about what the speaker said in church yesterday, and the funniest set of circumstances occurred. Do you think God could be calling us to be missionaries in the Marshall Islands?'"

Now, here's what would happen if Margaret and her husband went to the Marshall Islands as missionaries: they would come back from time to time, and they would go to churches and they would stand up before churches and tell that exact story, and it would be the evidence that God called them to be where they are. And people with tear-stained eyes would applaud the way God used those circumstances to reveal his will. 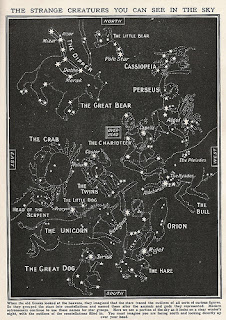 Now, let me first just give you the shocker, and then I'll explain myself. That is paganism, and not Christianity. That's paganism. That's reading tea leaves. That's not discerning the will of God. That's looking at the stars in the heavens, trying to discern the story that they tell. That's horoscope reading. That is not biblical Christianity, but is absolutely the most common approach to finding, discerning, and following God's will among Christians, and some of you are incredibly uncomfortable right now because that story is absolutely fine with you theologically. And if someone told you that story, you'd just shake your head and marvel at the goodness of God in being so clear and so specific with his people.

That is why we need to know Romans 12:2. Romans 12:2 talks clearly about walking in the will of God. Listen to what it says.......the end of Romans 12:2 says that by testing you may discern what is the will of God, that which is good and acceptable and perfect. And that's what we want to get to, right? I want to get to the will of God. Now, the pagan way to get to the will of God is this....let me give you a definition and then I'll talk to you about some of the ways that the pagans do it. The pagan way to finding the will of God is this: you must somehow tap into the Divine Will. You must somehow transcend your human limitations and somehow access the mind of God so that you can know what the sovereign Lord of the universe has for you next. That's paganism. That's paganism.

How do the pagans do this? Well, fortune-telling is one way. I will have someone tell me what the will of the Divine is. 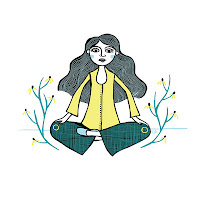 Thirdly, pharmaceuticals. With the Indians, it was peyote. With others it's been LSD. You take a drug that allows you to enter into an altered state of consciousness, and in that altered state you transcend the human and the physical and you tap into the Divine to get guidance and direction and instruction.

Or, looking for and reading the signs. Like God is dropping breadcrumbs to let you know where to go. Somebody talked about missions. A hurricane hit the Marshall Islands. Somebody had a brochure about the Marshall Islands. A guy named Marshall left my husband's firm...God! I see the signs! I am listening! I have transcended the human and I am now in touch with the Divine, and You are obviously trying to let me in on what it is You are doing. You've got me, I'm there, my bags are packed, let's go.

How do Christians find the will of God? Romans 12:2: "Do not be conformed to this world, but be transformed by the renewal of your (let's say that word together) mind......."

Here's the irony. The pagan concept of finding the will of God is to circumvent the mind. Turn off the mind. Alter the mind. Not trust the mind. The biblical way goes directly through the mind! "Be transformed by the renewal of your mind." And then, what's the result of that? "....that by testing you may discern what is the will of God, what is good and acceptable and perfect."

Now let me lay it out for you before we go back and exegete this text further. What do we find here as the process? The pagan process is, get away from your mind, get away from the human realm, into the transcendent realm. Either read the tea leaves, have your fortune told, have your palm read, or meditate until somehow you have an encounter with the Divine that allows you to know with certainty. And here's how we say it with Christian terms: we don't say "Transcendental Meditation," "Nirvana," and achieving all this. The "Christian" word for this kind of meditation and the result of this kind of meditation, the "Christian" word for this kind of pagan mysticism is "finding peace about it." Inner peace, inner peace.....it's paganism:

"I know this is what I'm supposed to do!"

"Because I have a peace about it."

Just Do Something: How to Make a Decision Without Dreams, Visions, Fleeces, Open Doors, Random Bible Verses, Casting Lots, Liver Shivers, Writing in the Sky, etc.
Just Do Something (audio message, Kevin DeYoung)