[UPDATED: Please note that John MacArthur addressed the New Apostolic Reformation in his 2013 Strange Fire conference, as well as in his book by the same name.] 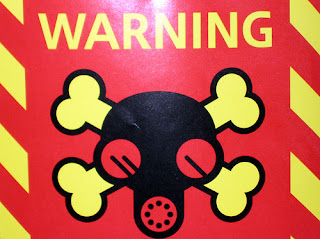 "It is not new, it is not apostolic, and it is not a reformation."
(John MacArthur, on the NAR)

We all know about pandemics, right? The World Health Organization will often track a virus that is in pigs or birds or some other known animal carrier.  The virus being tracked could stay within its animal group for years, not causing problems for humans, but sometimes, for reasons unknown, the virus will unexpectedly "jump" from its animal group......to humans.  That's what the scientists are always concerned about, and when that happens, they sit up and take notice, and start churning out public service warnings, because they know that this previously harmless virus could potentially turn into a very dangerous, and deadly, pandemic.

In somewhat the same way, a new movement - with some pretty strange beliefs - inside of Christian evangelicalism called the New Apostolic Reformation (NAR) has gathered lethal momentum very unexpectedly.  This movement had up until recently only been taught and believed inside the hyper-charismatic movement (think IHOP, Kansas City Prophets, Mike Bickle, etc.). But now, having somehow "jumped" from its normal carrier, rather than being "contained" as a strange belief system that would only impact a limited number of people, it suddenly began to go viral when big names on the political right began to align themselves with the big names from the charismatic Christian side.

Why exactly has the NAR, which makes alarming use of militant "warfare" language and talks of "taking dominion" over the world "one mountain at a time," gotten so big, so fast, and with so many big political names attached? In my view, it's because there are many on the political right, who, despite their moral/Judeo-Christian underpinnings, have a tendency to be more invested in political strategy, power and numbers than in sound doctrine and biblical truth. Thus, to the political right without discernment, Numbers = Power. And I suspect this is what happened: they looked out over the landscape of the Pentecostal/Charismatic movement (which is an extremely large segment of professing Christians), decided this was representative of "Christianity," did the math, and then jumped on board.

But let me back up here and give a little background information about the NAR. The New Apostolic Reformation (NAR), as I noted, is a movement that has its roots in the Pentecostal and Charismatic movements (Latter Day Rain, Kansas City Prophets, International House of Prayer-IHOP, Joel's Army). This movement is loaded with self-appointed "apostles" and "prophets" (who take Ephesians 4:11-13 out of context to to defend the idea that the office of apostle and prophet are still valid today). The leaders of this movement believe and teach that Christians have a mandate to reclaim "for Christ" Seven Mountains of influence, which they have designated as:

This movement and its 7 Mountain Mandate has been very enticing to Christians who hold to a Dominionist view, which is the idea that the church's role is to "take back" dominion of the earth from Satan. This is based on a faulty understanding of Psalm 8:6 and Genesis 1:26. Dominionists assume (wrongly) that the dominion God gave to Adam and Eve extended to the spiritual realm (not just the physical realm), and that they therefore had the power and ability, when they sinned, to give the world over to Satan. Dominionists think that they are mandated by God, through these misinterpreted Scriptures, to take back all these spheres of influence, thus reclaiming the world spiritually for God, and then Christ will return. This view has also been extremely seductive to the Conservative Right, because hey, the idea of knuckling down and working hard is what America is all about, right? So there you have it: combine the errant "doctrine" of Kingdom Now/Dominionism from the Pentecostal/Charismatic camp with the moralism of the Conservative Right, and you've got one dangerous pandemic, because both groups, in their own ways, are tremendously influential and powerful.

Who are the players in the NAR movement? It's a long list that is growing longer by the day, but below are some of the names currently associated with the NAR. And please note that the presence of a name on this list does NOT mean that the person in question showed up only one time on a random list somewhere or attended one NAR conference, and then disassociated themselves. Each person on this list has had repeated associations and/or dealings with the NAR, and without any record of concern over the heretical theology of the IHOP/New Apostles aspect of the NAR. Now having said that, this doesn't necessarily mean that all who are on the list are high level movers and shakers in the NAR......I do think that some could be somewhat innocent as to the core theology they've become yoked with. So my article is not an attempt to smear or slander anyone, but to highlight some repeated associations that are causing concern:

The NAR is capturing the hearts and minds of many conservative Christians with the enticing idea of "saving" America though Christian activism. In truth, Christians are not ever, anywhere in Scripture, promised easy lives, or even the "right" to live in freedom. But please note that the siren lure of political activism is nothing new. Do we not remember that even Jesus's disciples repeatedly jockeyed for position in the earthly kingdom they wished for and desired for Jesus to institute?


"They came to Capernaum. When he was in the house, he asked them, “What were you arguing about on the road?” But they kept quiet because on the way they had argued about who was the greatest." (Mark 9:33-34)

And even after Jesus's resurrection, they were still questioning Jesus about the earthly kingdom they hoped would be coming in their lifetimes:


"So when they met together, they asked him, 'Lord, are you at this time going to restore the kingdom to Israel?'" (Acts 1:6)

The NAR teaches that, through the advancement of medicine, science, technology and the gospel, this world is getting better and better. That through strategically "capturing" each of the designated "mountains," we will set up Jesus' earthly kingdom, and that once we have accomplished this, Jesus will return as the glittering jewel in the crown of his earthly kingdom. But is this true? Is this what the Bible teaches? Let us let Scripture lead us on the matter of Jesus' kingdom:

The life of a born again Christian is not complicated. Become reconciled to a high and holy God through the shed blood of Jesus, share the gospel, be persecuted, and die. But the seductive lure of an earthly life in which we (the Christians) control the earth and all that is in it, is a dream that dies hard. And now the NAR, with its utopian vision of heaven on earth, has once again showed us that very few people are willing to do as Jesus taught us, and that is to "Count the cost" (Luke 14:25-35) and "Take up your cross and follow me"(Matthew 16:24). Flee from this movement, my fellow Christians.

A Personal Note: Please send this article to your loved ones so that they can be on the look-out for this dangerous movement sweeping through Christianity. We consider this to be one of the most important articles we've written to date. And please understand that we have only scratched the surface in this article. Unfortunately, the NAR is such a massive movement, with so many tentacles, and so many people involved, that it was almost impossible to talk about it concisely. It is almost unfathomable how many churches have been devastated by this movement. Hardly a day goes by that we don't hear from at least one person who has personally had to flee a once solid church because this teaching has suddenly swept in, or someone who has watched a loved one be seduced by it, or someone who has even been unwittingly swept up in this movement themselves.

"Wandering Stars: Contending for the Faith with the New Apostles and Prophets" (Keith Gibson)

"A New Apostolic Reformation?: A Biblical Response to a Worldwide Movement" (Doug Geivett and Holly Pivec)


Interviews About The New Apostolic Reformation

"Setting The Record Straight On The Work of the Holy Spirit"

"The Apostles Who Don't Do Anything: The New Apostolic Reformation"

"False Apostles and the Case of Todd Bentley"

"Marks of a True Apostle: Foundation of the Church"

"Marks of a True Apostle: Appointed by Jesus"

"Marks of a True Apostle: Witness of the Risen Christ"

Apostles and Prophets and the Foundation of the Church: Biblical Exegesis that Proves that Only the New Testament Apostles are Authoritative

The New Apostolic Reformation: A Warning About Latter Day Apostles

The Pitfalls of False Prophets: Why the Predictions of Errant Prophets are Worthless

The Roots and Fruits of the New Apostolic Reformation: Exposing the False Teachings of C. Peter Wagner and Bill Hamon

The Dominion Mandate and the Christian Reconstruction Movement

The Coalescing of the Christian Right with Apostolic Dominionism

The Tea Party's Strange Bedfellows and What They Believe

C. Peter Wagner and the NAR

What Is Dominionism? (an interview with Herescope's Sarah Leslie, beginning at 1:08:00 min mark)

The Fault Lines of Theonomy/Christian Reconstruction

Posted by Christine Pack at 2:16 PM