How Should A Christian Live In A Culture Given Over To A Depraved Mind? [UPDATED]

Before I was born again, I had a number of homosexual friends, and for some reason, I often ended up being a sympathetic ear for them. This was before homosexuality was accepted as normal, as it is today, and many of them expressed to me that they wished they could do "normal life things" with their partners, such as openly hold hands, spend holidays with their families, be accepted by their families and friends, share medical benefits with their partners, etc. I had compassion for what I felt were great injustices that they had to endure.

Fast forward a number of years, and despite growing up in the Bible Belt, and despite my having attended church for years growing up, I finally heard the gospel message, the REAL gospel message, for the first time in a Baptist church as an adult. When I heard the gospel, I realized my sin against a high and holy God, and saw my need for a Savior. I repented in tears and believed on Christ's atonement made on behalf of repentant sinners. I was so grateful for God's loving-kindness, his mercy, and his compassion in making a way for sinners to be reconciled to Himself.

It wasn't until some months into my Christian walk that I came up against the issue of homosexuality. In fact, I was still gay-affirming until I sat down with a Christian friend, someone who was more mature in the faith, and we went through the Scriptures together, and I could plainly see for myself that unrepentant homosexuality is a sin in God's eyes. It is not one that is beyond his reach, as no sin is beyond his reach, but it IS a sin.

All that background means that I, and many other Christians like me, do not hate homosexuals. We have compassion for that sin in the same way that we have compassion for any other sin that ensnares a lost person (bitterness, anger, pride, etc.). It's just that we bend the knee to God's Word, and it says what it says, so I'm sorry if it's upsetting to any of the homosexuals I know that I uphold what God's Word says in this area, but I am constrained by my conscience to do so. 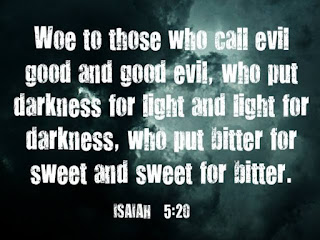 Now we're living in a time and a world in which every kind of sexual sin is being mainstreamed and normalized. I feel for those ensnared in sexual sins who are being relentlessly told by the culture and the media that what they are doing is good and right, when in fact, sexual sin, ALL sexual sin, is wrong and is a sin against God, because it is God alone who gave us the proper framework by which our sexual appetites are to be satisfied, and that is in a faithful marriage between one man and one woman. Those who reject this truth are believing a lie.


"God gave them up in the lusts of their hearts to impurity, to the dishonoring of their bodies among themselves, because they exchanged the truth about God for a lie and worshiped and served the creature rather than the Creator, who is blessed forever! Amen. For this reason God gave them up to dishonorable passions. For their women exchanged natural relations for those that are contrary to nature; and the men likewise gave up natural relations with women and were consumed with passion for one another, men committing shameless acts with men and receiving in themselves the due penalty for their error. And since they did not see fit to acknowledge God, God gave them up to a debased mind to do what ought not to be done." (Romans 1:24-28)

■ Bruce Jenner Believes A Lie - James White discusses Bruce Jenner's decision to have surgery on himself in an attempt to turn himself into a woman. Bruce Jenner, a former Olympic athlete, is now famous for something else: being the "face" of today's wildly popular transgender movement. "Transgender," you see, is the sanitized, media-friendly term for the surgical procedures that a person willingly chooses to go through in an attempt to change gender. Dr. White rightly points out that this process is really self mutilation. In short, Bruce Jenner is believing a lie. This program is sad to listen to, but my prayer is that those struggling with sexual orientation will first of all read what the Bible has to say about sin, and read about God's holy nature, and then will repent and believe on Christ's atoning sacrifice. When this happens, a person is given a new heart ❤→❤ and new desires, to the great praise and glory of a merciful God who saves, and transforms, lost sinners. (Dr James White, Alpha and Omega Ministries)

■ [UPDATED] James White On Same-Sex Marriage and the LGBT Agenda - This link is to another interview with Dr James White. This interview, which kicked off the (rebooted) Iron Sharpens Iron show, is a sobering look at same-sex marriage, the current climate and the relentless push by the LGBT to normalize all gender issues. Show host Chris Arnzen and Dr White also get into other general discussion about the LGBT agenda and how Christians should respond to it, and how we should also start thinking about the future. (Chris Arnzen with Dr James White, Iron Sharpens Iron)

■ When God Abandons A Nation - In this ahead-of-its-time sermon dated August 2006, John MacArthur said (paraphrasing) that once you've gone past the sexual revolution, and you're into the homosexual revolution, the culture is basically gone. Thus, the question is no longer, "What should we do so that God won't abandon us as a nation?" but rather, "Now that God has abandoned the nation in which we live, how should we live?" (Dr John MacArthur, Grace To You)

■ Gay Christianity Refuted - Here is a link to a 2-part show by James White, and which addresses the claims made by an attractive and articulate homosexual young man named Matthew Vines. For those who don't know who he is, Vines claims to be both unrepentantly homosexual and Christian. (Dr James White, Alpha and Omega Ministries)
■ A Believing Response To Matthew Vines' 40 Questions - This is James White's kind and thoroughly biblical response to an article entitled 40 Questions For Christians Who Oppose Marriage Equality, by Matthew Vines. Vines is a professing Christian who is unrepentantly homosexual who believes that he can harmonize his homosexual lifestyle with Christianity. (Dr James White, Alpha and Omega Ministries)

■  Which Way, Evangelicals? There is Nowhere to Hide and New OSHA Regulations Christians Need To Be Aware Of (Dr Al Mohler)
■ How to Survive A Cultural Crisis - This is a great article for retraining our thinking to be more biblical, and contains the following points: (1) Understand that persecution is normal for Christians, and (2) Eschew utopianism and too much of a trust in Christian activism. And if there's anyone who is aware of the dangers of trusting too heavily in Christian activism, it is Mark Dever, located as he is, in our nation's capitol. (Mark Dever, Capitol Hill Baptist Church)
■ Answering the Tough Questions Asked by Homosexuals (Dr Michael Brown)


■ TransNorway - Sexualizing Children / Training Children To Reject The Genders They Were Born With [WARNING: Graphic images and explicit language]

■ Gender Indoctrination In California (Stand Up For The Truth)

■ Same Sex Marriage: Where Do We Go From Here? (Stand Up For The Truth)

■ How Should A Christian Live In A Culture Given Over To A Depraved Mind? (Sola Sisters)

■ How Can Homosexuality Be Wrong If It Doesn't Harm Anyone? (The Gospel Coalition)
■ Interview with Christian Bakery Owners Who Were Sued For Not Making a Wedding Cake For a Same Sex Marriage (The Church Boys)

■ Transgender Realizes He Made A Mistake, Gives His Testimony


Documentation of the Depravity / Hopelessness of the Homosexual Lifestyle
[WARNING: Graphic images and explicit language]

■ The Medical Consequences of the Homosexual Lifestyle (DC Clothesline)

■ Brought to You by Walmart: New York City ‘Gay Pride’ Parade Exposes Kids to Nudity, Lewdness, Vulgarity, even an Sado/Masochism Float (Americans For Truth About Homosexuality)
■ The Transgender Con? Many “Transgender” People Regret Switch - This link is to an article that exposes the high suicide rate among transgenders, a topic which is rarely mentioned in the liberal media, but is nonetheless true. (The New American)
Posted by Christine Pack at 1:00 PM