[UPDATE: The video sessions and audio sessions from ShepCon 2015 are linked here, helpfully compiled by the Domain For Truth blog.]


The 2015 Shepherds Conference (affectionately dubbed "ShepCon"), Grace To You's annual teaching conference for pastors, is wrapping up today, and theology nerds the world over are both thrilled and heartbroken. Thrilled, because this year's livestreamed conference which focused on the inerrancy of the Bible was brilliant. And heartbroken, because now it's almost over. 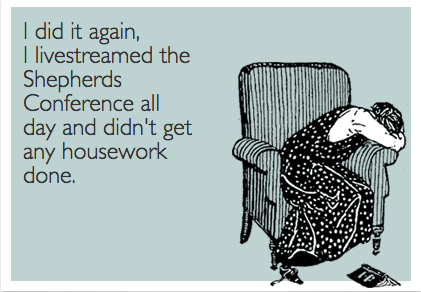 
"Yep dishes getting left piled up."

"But the Lord answered her, 'Martha, Martha, you are anxious and troubled about many things, but one thing is necessary. Mary has chosen the good portion, which will not be taken away from her.' (Luke 10:41,42)"

"No excuses lol. I painted a bedroom while listening to Lawson preach. I remember everything he said but I don't remember the painting much. How great was that!"

"I live in the UK I stayed up late last night to watch some of it won't be much work done today but its totally worth it!"

"I actually really enjoyed listening to the music as much as the conference. A breath of fresh air from all the contemporary stuff."

And a few posts on social media while the event was going on: 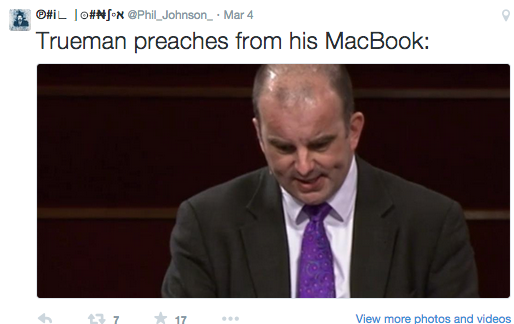 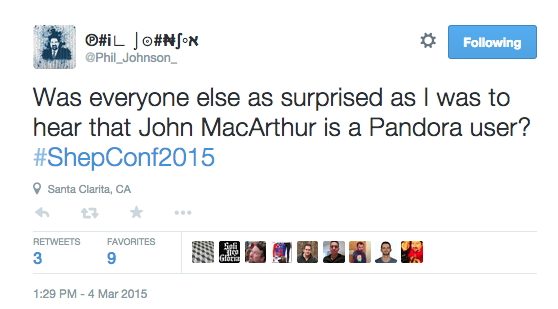 As soon as the audio and video files have been uploaded, we'll post them here. And until then, enjoy the livestream, friends.

P.S. For those with eagle eyes who might have spotted that the eecard meme above looks suspiciously like our Strange Fire meme from a couple of years ago, yes, you're absolutely right. It's a shameless rip-off of the Strange Fire meme. And now I've got some laundry to go do. Heh. 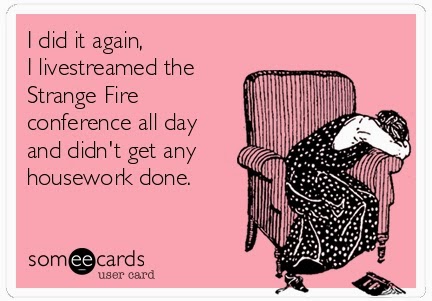