Israel Exists Purely By The Supernatural Hand of God

I am not xenophobic or racist. But when I know that the kind of hatred evidenced by the video posted below exists in the world, I cannot help but be disturbed by it. Christians, as a whole, and taking into consideration how their biblical worldview shapes their thoughts, do not make videos like this, demanding and celebrating the death of those outside their faith. (And incidentally, neither do Jews, Taoists, Hindus, Buddhists, Confucians, Unitarians, Mormons, etc., etc., etc.) Islamic hatred is in a category all its own.


Oh martyrdom seeker,
Make them cry,
Make the fire engulf them.
Turn them into body parts, roast them,
Bringing joy to the hearts of the steadfast people.

Oh martyrdom seeker,
It is our duty to defend our people.
You are the voice of honor within us.
With your explosive belt,
We will defend our free women.

We want the dead to fill the streets,
And the blood to intensify the pain.
Make the Zionist withdraw
From the wrath of my avenging people.

CHORUS:
Oh bearer of good tidings,
Wrap the explosive belt around your waist.
The story of the Intifada will only be told
When the roof of a bus goes flying.

Oh bearer of good tidings,
Wrap the explosive belt around your waist.
The story of the Intifada will only be told
When the roof of a bus goes flying. 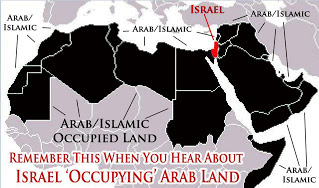 Islam's most hated enemy, Israel, exists purely by the hand of God. Do you doubt this? Then consider this fact: since the beginning of recorded history, people groups whose homelands have been destroyed, and whose survivors have been disseminated into other nations, have ceased to exist within three generations. In 70 A.D., almost two thousand years ago, Israel's homeland was destroyed and her people were dispersed throughout the world. It wasn't until 1948, three years after the end of World War II, with pro-Israel sentiment at an all-time high in the world because of the atrocities committed against Israel at the hands of Hitler, that Israel's homeland was re-established through a United Nations resolution. And yet, between 70 A.D. and 1948 (again, almost two thousand years), Israel continued to exist, with her cultural heritage, beliefs and language still intact. This is an undisputed truth, and a truth that undergirds my Reformed Dispensational view (a view held by only a tiny sliver of Christians within the Christian community). God is not finished with Israel, and from a plain reading of scripture, I do not see the Church replacing national Israel.

Israel will continue to exist, as evidence of God's great kindness toward sinners. One day, God will open the eyes of the Jews, and will cause them to understand that Jesus Christ was their Messiah.


"And I will pour out on the house of David and the inhabitants of Jerusalem a spirit of grace and supplication. They will look on me, the one they have pierced, and they will mourn for him as one mourns for an only child, and grieve bitterly for him as one grieves for a firstborn son." (Zechariah 12:10)

As John MacArthur teaches in his series on being a Reformed Dispensational (Why Every Calvinist Should Be Premillennial), Reformed Christians, more than any other, should surely understand the sovereign hand of God in terms of salvation. Yes, Israel rejected their Messiah. But do we not all know lost loved ones who have rejected their Messiah? Are we not told to continue to pray for them? Never does God say to stop praying for anyone. It is never for us to decide who God can and cannot save. And...... Romans 11, where the Apostle Paul draws a clear distinction between the church and historic Israel ("I too am an Israelite, a descendant of Abraham, of the tribe of Benjamin. God has not rejected His people whom He foreknew......" Romans 11:1)

I say then, God has not rejected His people, has He? May it never be! For I too am an Israelite, a descendant of Abraham, of the tribe of Benjamin. God has not rejected His people whom He foreknew. Or do you not know what the Scripture says in the passage about Elijah, how he pleads with God against Israel? “Lord, they have killed Your prophets, they have torn down Your altars, and I alone am left, and they are seeking my life.” But what is the divine response to him? “I have kept for Myself seven thousand men who have not bowed the knee to Baal.” In the same way then, there has also come to be at the present time a remnant according to God’s gracious choice. But if it is by grace, it is no longer on the basis of works, otherwise grace is no longer grace.

What then? What Israel is seeking, it has not obtained, but those who were chosen obtained it, and the rest were hardened; just as it is written,

“God gave them a spirit of stupor,
Eyes to see not and ears to hear not,
Down to this very day.”

“Let their table become a snare and a trap,
And a stumbling block and a retribution to them.
“Let their eyes be darkened to see not,
And bend their backs forever.”

I say then, they did not stumble so as to fall, did they? May it never be! But by their transgression salvation has come to the Gentiles, to make them jealous. Now if their transgression is riches for the world and their failure is riches for the Gentiles, how much more will their fulfillment be! But I am speaking to you who are Gentiles. Inasmuch then as I am an apostle of Gentiles, I magnify my ministry, if somehow I might move to jealousy my fellow countrymen and save some of them. For if their rejection is the reconciliation of the world, what will their acceptance be but life from the dead? If the first piece of dough is holy, the lump is also; and if the root is holy, the branches are too.

But if some of the branches were broken off, and you, being a wild olive, were grafted in among them and became partaker with them of the rich root of the olive tree, do not be arrogant toward the branches; but if you are arrogant, remember that it is not you who supports the root, but the root supports you. You will say then, “Branches were broken off so that I might be grafted in.” Quite right, they were broken off for their unbelief, but you stand by your faith. Do not be conceited, but fear; for if God did not spare the natural branches, He will not spare you, either. Behold then the kindness and severity of God; to those who fell, severity, but to you, God’s kindness, if you continue in His kindness; otherwise you also will be cut off. And they also, if they do not continue in their unbelief, will be grafted in, for God is able to graft them in again. For if you were cut off from what is by nature a wild olive tree, and were grafted contrary to nature into a cultivated olive tree, how much more will these who are the natural branches be grafted into their own olive tree?

For I do not want you, brethren, to be uninformed of this mystery—so that you will not be wise in your own estimation—that a partial hardening has happened to Israel until the fullness of the Gentiles has come in; and so all Israel will be saved; just as it is written,

“The Deliverer will come from Zion,
He will remove ungodliness from Jacob.”
“This is My covenant with them,
When I take away their sins.”

From the standpoint of the gospel they are enemies for your sake, but from the standpoint of God’s choice they are beloved for the sake of the fathers; for the gifts and the calling of God are irrevocable. For just as you once were disobedient to God, but now have been shown mercy because of their disobedience, so these also now have been disobedient, that because of the mercy shown to you they also may now be shown mercy. For God has shut up all in disobedience so that He may show mercy to all.

Oh, the depth of the riches both of the wisdom and knowledge of God! How unsearchable are His judgments and unfathomable His ways! For who has known the mind of the Lord, or who became His counselor? Or who has first given to Him that it might be paid back to him again? For from Him and through Him and to Him are all things. To Him be the glory forever. Amen.

Why Every Calvinist Should Be Premillennial (John MacArthur, Grace To You)