The Book of Daniel Taught from a Reformed Dispensational Premillennial Perspective

Many Christians hesitate to approach the subject of eschatology, for various reasons. Some have grown up in churches that "majored" on prophecy/apocalyptic passages, to the detriment of other passages. And after years of sitting through prophecy conferences that terrified the wits out of them, in which prophecy teachers held them captive to frenzied sessions involving massive charts, and maps and pointers, they had had enough. Other Christians have been told dogmatically that they *must* accept a certain end times view, if they hold to certain other views. For instance, when I was theologically working through the Reformed view, which is eventually where I landed, I was told very emphatically by some of my Reformed friends that *if* I were Reformed, then I had to hold to an Amillennial* eschatology, as if it were some kind of package deal. And yet, I didn't. I was Reformed, but I wasn't Amillennial. And neither are John MacArthur, Phil Johnson, Steve Lawson, Dan Phillips, Bob DeWaay and other pastors of note, none of whom can be dismissed as being unbalanced in their approach to scripture. And finally, some Christians shy away from end-times passages as being simply too confusing to understand. As one pastor friend, who self identifies as a "Panmillennialist," said to me, "After all, it all 'pans' out in the end, right?" 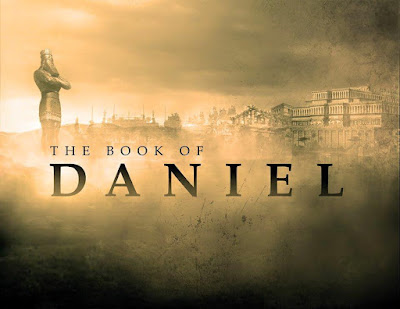 But I'm out of the closet now, I suppose, as both Reformed and Dispensational. And since landing on this peculiar position of Reformed Dispensational Premillennialism (after lots and lots of Bible study, discussion, prayer and thought), I have wanted to study the book of Daniel under a solid, balanced teacher from the Reformed Premill perspective. I found it at my mother's church, Faith Community Church in Woodstock, GA. Teaching elder David Kemp is working his way through the book of Daniel from the Reformed Dispensational position. No overwrought sessions with charts and pointers: just a calm, measured, biblical walk through Daniel with a consistent, grammatical-historical hermeneutic. In fact, with David's background in engineering, visuals for the class have been kept to a bare bones minimum.

More About Faith Community Church and the Expositor's Seminary 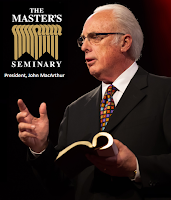 The church where David Kemp is an elder, Faith Community Church, is located in a northwest suburb of Atlanta, GA. Faith Community Church is also where the Georgia campus of the Expositors Seminary is located. Expositors is an extension of The Masters Seminary (TMS), which is located in Sun Valley, CA, and where John MacArthur serves as the seminary's president. The founders of Masters Seminary, having come to the realization that there was a strong need for expository Bible teaching in the greater Christian community, put in motion the steps that eventually led to multiple campus locations in the U.S. where young men can be solidly training in expository Bible teaching. There is also an "alumni tracker" link on the main TMS website, whereby Christians all over the world can type in their locations, and find out if there are any TMS alumni in their area. You can access the TMS alumni tracker here.

Besides the campus in Woodstock, GA, Expositors Seminary campuses are also located in:

You can read about Expositors' history here. Because of Faith Community Church's strong affiliation with Masters Seminary as well as their on-site seminary, the media archives at Faith are just loaded with many years' worth of excellent, expository teaching. I highly recommend Faith Community Church as a resource for anyone looking for a solid resource for expository Bible teaching.

The Book of Daniel

While teaching through the book of Daniel, Faith elder David Kemp has pointed out a number of times that Christians can, and will, differ on non-essential issues (the primary ones that come to mind being mode of baptism and eschatology). However, he also points out that Christians should study these areas and be able to explain why they hold the views they do, and should also be able to explain, from the scriptures, why they hold their position (graciously of course). He also has emphasized that all scripture (even apocalyptic passages) is given for the purpose of steadying our walks and edifying us. End times views can, understandably, be tricky to navigate, given that these passages are sometimes not as straightforward, as other areas of scripture (for instance, the doctrinal epistles or historical passages). And lest we forget, apocalyptic passages deal with events that have to do with the complete and utter destruction of this world, and God's coming judgement. Sobering stuff. Nonetheless, we know that ALL Scripture is God-breathed, and thus profitable for understanding and for training in righteousness (2 Tim 3:16-17). This means that the purpose of scripture is to edify, to encourage, to train, to build up: in short, scripture is given to strengthen our walks, not in order to confuse us, discourage us or frighten us. In fact, the book of Revelation, which is also an apocalyptic book (and which should be studied in tandem with Daniel), is the only book in the entire Bible that promises blessing to those who study it. So yes, apocalyptic Bible passages are about the complete destruction of the world as we know it. But in the end, God will have accomplished all of his sovereign, redemptive purposes. Justice will be meted out. God himself will wipe the tears from our eyes. And God will rule and reign in glory forever and ever with his people on a New Earth, where there will no longer be any sin or death or sadness or crying or pain (Rev 21:4). How glorious is that? 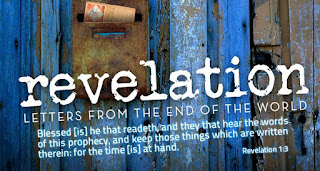 If you would also like to listen to the series, which I will be updating until the series is completed, you may access them below in the order they were given. Be blessed.

Israel Exists Purely By The Supernatural Hand of God

Why Every Calvinist Should Be A Premillennialist (John MacArthur)

Grace To You (Sun Valley, CA) - Audio and Video