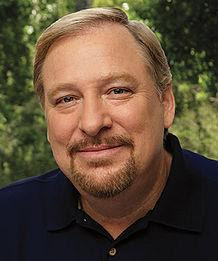 A recent news story reported that Saddleback megachurch pastor Rick Warren is home recovering after his eyes were burned in an accident at his house. Warren was hospitalized Monday after the incident and released Tuesday, and is expected to make a full recovery.  Posted Warren on his Twitter account Thursday morning:


Rick Warren, as many of you know, has been the target of many a post in the discernment blogosphere, being called to task for preaching a man-centered and watered-down gospel.  Still, none of us wish him ill. Therefore, please join us in praying for Rick Warren's sight to be physically restored and for spiritual sight to be granted to this well-known and influential church leader.

Posted by Christine Pack at 1:05 PM