The God's Story Project
Posted by Christine Pack at 10:16 PM

Posted by Christine Pack at 8:37 AM

Unbelief is Ever Present 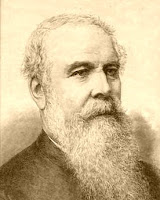 "Unbelief is one of the commonest spiritual diseases in these latter days. It meets us at every turn, and in every company. Like the Egyptian plague of frogs, it makes its way into every family and home, and there seems no keeping it out. Among high and low, and rich and poor, in town and in country, in universities and manufacturing towns, in castles and in cottages, you will continually find some form of unbelief. It is no longer a pestilence which walks in darkness, but a destruction which wastes at noonday. Unbelief is even thought clever and intellectual, and a mark of a thoughtful mind. Society seems leavened with it. He who avows his belief of everything contained in the Bible, must make up his mind in many companies to be smiled at contemptuously, and thought an ignorant and weak man." (J.C. Ryle) 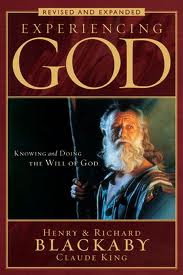 Reverend Jack Hughes and Reverend Justin Peters recently gave an interview in which they discussed their concerns with bestseller Experiencing (by Henry Blackaby and Claude King). This is such an important topic because this book is HUGE - beyond huge, really - in evangelical circles. My sister has a theory that the soft mysticism as taught by Blackaby leads to the hardcore mysticism of Richard Foster, Dallas Willard and the Spiritual Disciplines so big in evangelicalism today. In other words, Blackaby's Experiencing God book has primed the pump, so to speak, in helping Christians become attuned to the idea that they should be "hearing from God." In fact, in this interview, Reverend Justin Peters makes the point that Blackaby goes so far as to say that if you are not hearing from God, then something is wrong with your Christian walk! This is terrible teaching for the Christian, and absolutely not true. But once Christians have become opened up to this idea that they can and should be hearing from God on a regular basis, then they will be all the more open to the techniques and practices offered up in the Spiritual Disciplines of the Spiritual Formation movement that is so popular today, and which will ensure some kind of spiritual experience. But please note that while the experiences achieved through these techniques will be spiritual in nature, the fact remains that the techniques themselves are pagan and occultic in origin, and are thus forbidden to Christians. And that means that God will not reveal himself to man through occultic means......therefore, any "spirit" encountered through these techniques will not be of God.

In fact, a general rule of thumb for the Christian is this: we don't need any techniques or tricks for getting to God. We already have access to God, knowing that we can go boldly before the throne of grace because of the shed blood of Jesus. We also are counseled by the book of Hebrews (and elsewhere) that we are a people who are to walk by faith, not by sight, and that we must guard against the human tendency to insist upon tangibility in our encounters with God.

God's Will and Christian Liberty - Part 1 and Part 2 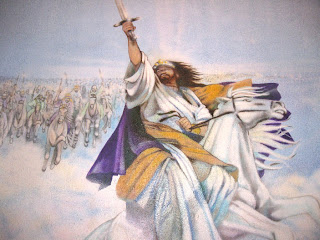 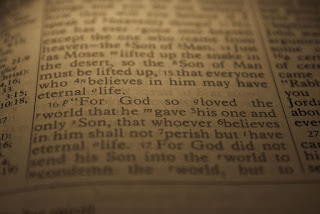 Someday He will return. Are you ready to meet the Lord? What stops you from running to the Savior and falling at his feet? Today can be the day of salvation....run to Jesus! He bids you come to him. He is just and holy and pure.....but He is also filled with mercy and love for you. He has made a way for you to be saved. Will you go to him today?