The Canon of Revelation is Closed 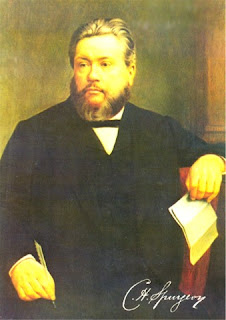 “I have heard many fanatical persons say the Holy Spirit revealed this and that to them.  Now that is very generally revealed nonsense.  The Holy Ghost does not reveal anything fresh now.  He brings old things to our remembrance.  ‘He shall teach you all things, and bring all things to your remembrance whatsoever I have told you,’ [John 14:26].  The canon of revelation is closed; there is no more to be added.  God does not give a fresh revelation, but he rivets the old one.  When it has been forgotten, and laid in the dusty chamber of our memory, he fetches it out and cleans the picture, but does not paint a new one.  There are no new doctrines, but the old ones are often revived.  It is not, I say, by any new revelation that the Spirit comforts.  He does so by telling us old things over again; he brings a fresh lamp to manifest the treasures hidden in Scripture; he unlocks the strong chests in which the truth had long lain, and he points to secret chambers filled with untold riches; but he coins no more, for enough is done.

Mystics or Christians....But Not Both
Posted by Christine Pack at 12:56 PM