To Starbucks or Not to Starbucks, That Is The Question 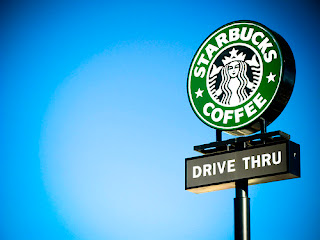 Starbucks CEO Howard Schultz was recently challenged by a shareholder in the company who questioned the company's endorsement of a state bill to legalize same-sex marriage. Schultz reportedly told the shareholder that he was free to sell his Starbucks shares and invest elsewhere. (Article: Starbucks CEO Howard Schultz’s Grande Support for Gay Marriage) The ensuing brouhaha had many Christians up in arms, calling for a boycott of Starbucks coffee, and lighting up social media with conversations about this dastardly deed. And yet, at the risk of inflaming many of my Christian friends who often exercise their American right to choose to boycott a company that makes this or that anti-Christian statement, here is just some food for thought:

Should we as Christians expect lost people to act in any other way than lost people generally do?

That is to say, should we expect lost people to not have animosity toward Christians? Can we look at history, perhaps, to help us get our bearings on this? The fact is that the world in which the very first Christians found themselves was a world that was incredibly hostile to biblical Christianity, and filled with wickedness and depravity, including rampant homosexuality. And yet, I feel certain that the Christians of that time interacted in the business world. And I do not see Scriptures exhorting Christians to not buy from this or that leather craftsman or olive purveyor, based on that person's presumably anti-Christian views.

And also, lest we forget, the Bible makes it clear that the world will have animosity toward both us and God's Word:


"For the message of the cross is foolishness to those who are perishing...." (1 Corinthians 1:18a)

This is certainly an issue worth thinking about, praying about, and asking the Lord for wisdom about (James 1:5). Because here's the deal: the world around us has changed. I'm sorry, but it really and truly has. Same-sex marriage, in all likelihood, will soon be legitimized in this country. I'm not happy about that, and I'm certainly not happy about my children growing up in a country in which homosexuals can marry, but how should we Christians now navigate this strange world in which we find ourselves? We have a number of options, but these two come quickly to mind:

Option 1 -We can boycott any secular company that does not promote Christian values. We can stop shopping at Target because they won't say "Merry Christmas," we can stop eating Ben & Jerry's ice cream because they support same sex marriage, we can cross J.C. Penney's off the list because they had a lesbian spokesperson, we can boycott Home Depot because they participated in a gay pride parade, etc., etc. But if we are going to go down that road, we really ought to cash it all in, and buy a farm somewhere and live as an isolationist because very, very, very few corporations cater exclusively to true biblical Christians.

Option 2 - We can, by God's grace and with the enabling power of the Holy Spirit, move graciously through this dark and dying world, interacting lovingly with lost sinners, and sharing the hope that is in Christ with those around us.


"Do all things without grumbling or questioning, that you may be blameless and innocent, children of God without blemish in the midst of a crooked and twisted generation, among whom you shine as lights in the world...." (Philippians 2:14-15)

I'm not saying definitively how, exactly, all Christians should respond to these changes coming in the world around us. Merely that we ought to think long, hard and prayerfully about how we should each navigate this unfamiliar terrain. I am reminded of a recent Christianity Today article in which a former lesbian recounts her story of writing an article, as a practicing lesbian, that was aimed at attacking Christianity. Predictably, she received heaps of support letters and also heaps of hate mail. But she received one letter from a pastor that was neither. This letter led to what she has referred to as her "Train Wreck Conversion," that is, it led to her turning her back on her former lifestyle and becoming a born again Christian. In her own words, she lost "everything but the dog." But what she gained was forgiveness, redemption and eternal life. Perhaps we can learn from this pastor's kindness and graciousness in how he reached out to this woman, and shared truth with her in a way that had eternal consequences.