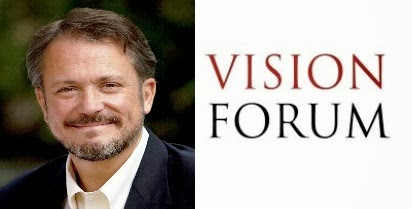 After yesterday's article about the lawsuit alleging sexual misconduct brought against Vision Forum's Doug Phillips by Phillips' former nanny, there were a few on our Facebook wall who took exception to my post.  I was told that writing about Doug Phillips' alleged sexual abuse of Lourdes Torres was a "rush to judgment," and that I wasn't "leaving room for the gospel" and "forgiveness and reconciliation." All I can say is, I just don't see evidence of true repentance on Doug Phillips' part. And while I would certainly not withhold true reconciliation from Phillips, neither should I (or anyone) rush in to offer forgiveness and hugs when he's not truly repentant. I would never do with my own children! If one of my boys has his arms crossed, and is hemming and hawing, and trying to build his case about sure, he may have done *something* but really, it was all his brothers' fault......no, I'm not rushing in with forgiveness and cuddles while he's being stubborn and unrepentant. Nope. We all know what true repentance looks like.

So then I am told....hey, you just can't know what could be going on behind the scenes. Well sure, I can't, but what I can do is evaluate what I do see. There are a lot of us I think who have been watching this play out, and we're waiting....and waiting......and watching, and what comes forth? A carefully parsed statement about an inappropriate "romantic" and "affectionate" relationship in which Doug Phillips states he never "knew" the woman in the biblical sense. *Shew* went everybody, because gee whiz, it wasn't good, but at least there was no physical component to the relationship. But not so fast. Then came statement #2 from Doug Phillips, clarifying oh wait, yes, did I forget to mention that there *was* physical touching of a sexual nature? And then silence for a long time. And now Camp Phillips, after lawyering up, has finally spoken again through attorney Jason Jakob to say that it was all Miss Torres' fault, *she* instigated the affair (if a circumstance in which the power imbalance was so vast could even be called that), and so therefore it was entirely consensual (again...the power imbalance thing......). So, no, I'm not buying what he's selling. And I'm not seeing repentance. Maybe others are, and if so, that's great. But I'm not. 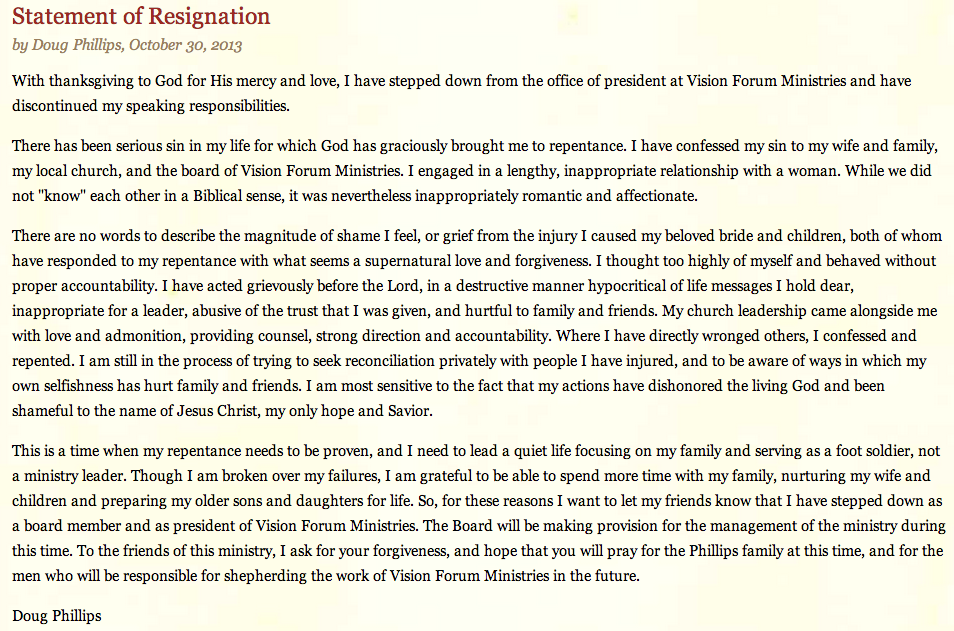 Yes, justice matters to God. So if Lourdes Torres' allegations prove to be true, I pray that she receives justice.