“What that first and catastrophic sin of ingratitude ruptured…union…can be repaired by exact inverse of the Garden: lifestyle gratitude …” (Ann Voskamp, One Thousand Gifts, p220) 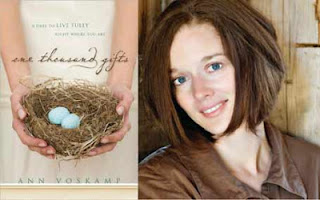 A friend of mine read the above quote and observed thusly:


"The Doctrines of Ann Voskamp:

Let's see anyone support THAT with Scripture."

I am inclined to agree. On the subject of Ann Voskamp,  what I keep hearing is, Hey look, nobody has perfect doctrine, why are you picking on poor Ann? And my point is.....doctrine matters. As another friend noted on a rather frisky discussion thread on Facebook:


"Ann Voskamp makes it seem like Adam/Eve were ungrateful for all the Lord had given them. When in reality they were disobeying God's clear command to not eat of the tree - they listened to the serpent twist God's words and the doubt placed in their minds caused them to think they knew better for themselves than God did. Voskamp seems to be saying that just by living a life of gratitude, that will restore the union between God and man. There is nothing in regard to repentance for sinning against a holy God. Thankfulness does not bring escape from the wrath of God. True repentance brought by the Holy Spirit brings forgiveness and life. She done got the gospel wrong."

What Is Panentheism? (Apprising)

Panentheism Is Not A Gift (Amy Spreeman)
Posted by Christine Pack at 9:48 PM