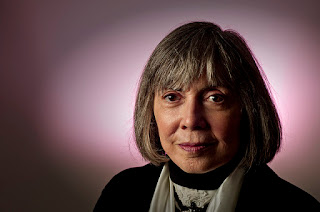 Author Anne Rice recently blogged on her thoughts about Christmas and its meaning.  But Rice, who was embraced by many in the Christian community some years ago when she wrote about becoming a Christian, has further clairified in the article linked above that her version of "Christianity" is far from orthodox.

In her article, Rice speaks in great detail of the humanity of Christ.  In truth, this is a lovely thing to dwell on, this knowing that we have a Savior who identifies with us because he has lived a mortal life and therefore knows our weaknesses.  But Rice stops there (at Christ's humanity) and even explains that the very heart of the gospel itself and the very reason for Christ's incarnation - the atonement - is not necessary:


"(T)he genius of the Christmas Crib is that you do not need theology to approach it. You do not need any bloody atonement theory to touch the Christ Child’s outstretched hand. The story is complete there without the horror of the cross." (online source)

I would remind anyone reading what Anne Rice wrote that the atonement was not simply a theory.  It was an actual event that happened in history, and it is only through the atonement that we are able to touch Christ's "outstretched hand."  In fact, without the atonement, no one may approach God, and all who reject the atonement will remain under God's wrath. 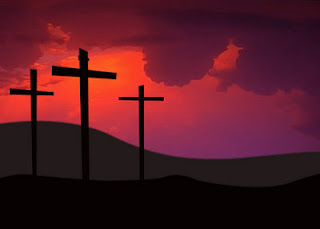 To me, it is far more amazing to have a Savior who was human - yes - but who was fully God, too.  And because of his Deity, Christ was able to make the ultimate sacrifice: offering up his own perfect, sinless life and suffering God's wrath on behalf of those who would repent and place their faith in this atoning work done on their behalf.  God - in his magnificent, unsurpassable wisdom - made a way to reconcile wretched, sinful men and women to himself without compromising his perfect, holy justice.  He sent his Son, Jesus Christ, who was both fully God and fully man, and who lived a perfect life, never sinning in thought, word or deed, and who, because of this, was able to offer up his life as a ransom for many. I broke God's laws, and Jesus paid my fine in his life's blood so that I could be released from the rightful condemnation of the law.  But this gift of salvation, though given freely, is narrow and exclusive.  Only those who recognize their sinful wretchedness and need for a Savior, and repent and place their faith in Christ's atoning work done on their behalf, will see the kingdom of Heaven.

A baby in a manger is not the whole story.  And in truth, we cannot - must not - stop at the manger.  The manger is just the beginning of the story of Jesus, and ultimately, this story leads to the Cross.

Anne Rice is celebrating the "what" of Jesus's incarnation (that He actually came, that He entered into time and space), but she is leaving out the most important part of Christ's incarnation, which is the "why" of his incarnation: the Cross.  Quite literally, Jesus was born so that one day He would die.  His life's mission was that He would be born, live a perfect life, and then die and rise again, conquering sin and death and reconciling God's people to himself.

This is the magnificent message of the manger.

An Open Letter To Anne Rice

What Is Real Christianity?
Posted by Christine Pack at 4:20 PM