reprinted from The Church Report - www.thechurchreport.com

LOUISVILLE, Ky. (10/7/10) — A Southern Baptist leader who is calling for Christians to avoid yoga and its spiritual attachments is getting plenty of pushback from enthusiasts who defend the ancient practice. 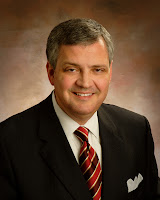 Southern Baptist Seminary President Albert Mohler says the stretching and meditative discipline derived from Eastern religions is not a Christian pathway to God.

Mohler said he objects to "the idea that the body is a vehicle for reaching consciousness with the divine."

Mohler said feedback has come through e-mail and comments on blogs and other websites since he wrote an essay to address questions about yoga he has heard for years.

"I'm really surprised by the depth of the commitment to yoga found on the part of many who identify as Christians," Mohler said.

Yoga fans say their numbers have been growing in the U.S. A 2008 study by the Yoga Journal put the number at 15.8 million, or nearly 7 percent of adults. About 6.7 percent of American adults are Southern Baptists, according to a 2007 survey by the Pew Research Center Forum on Religion & Public Life.

Mohler argued in his online essay last month that Christians who practice yoga "must either deny the reality of what yoga represents or fail to see the contradictions between their Christian commitments and their embrace of yoga."

He said his view is "not an eccentric Christian position."

Other Christian leaders have said practicing yoga is incompatible with the teachings of Jesus. Pat Robertson has called the chanting and other spiritual components that go along with yoga "really spooky." California megachurch pastor John MacArthur called yoga a "false religion." Muslim clerics have banned Muslims from practicing yoga in Egypt, Malaysia and Indonesia, citing similar concerns. 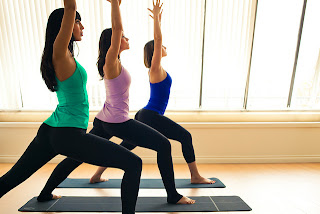 Yoga proponents say the wide-ranging discipline, which originated in India, offers physical and mental healing through stretching poses and concentration.

"Lots of people come to yoga because they are often in chronic pain. Others come because they think it's a nice workout," said Allison Terracio, who runs the Infinite Bliss studio in Louisville.

And some yoga studios have made the techniques more palatable for Christians by removing the chanting and associations to eastern religions, namely Hinduism and its multiple deities.

Stephanie Dillon, who has injected Christian themes into her studio in Louisville, said yoga brought her closer to her Christian faith, which had faded after college and service in the Army.

"What I found is that it opened my spirit, it renewed my spirituality," Dillon said. "That happened first and then I went back to church." Dillon attends Southeast Christian Church in Louisville and says many evangelical Christians from the church attend her yoga classes.

She said she prayed on the question of whether to mix yoga and Christianity before opening her studio, PM Yoga, where she discusses her relationship with Jesus during classes.

"My objection (to Mohler's view) personally is that I feel that yoga enhances a person's spirituality," Dillon said. "I don't like to look at religion from a law standpoint but a relationship standpoint, a relationship with Jesus Christ specifically."

Mohler wrote the essay after reading "The Subtle Body," where author Stefanie Syman traces the history of yoga in America. Syman noted the growing popularity of yoga in the U.S. by pointing out that first lady Michelle Obama has added it to the festivities at the annual White House Easter Egg Roll on the front lawn.

Mohler said many people have written him to say they're simply doing exercises and forgoing yoga's eastern mysticism and meditation.

"My response to that would be simple and straightforward: You're just not doing yoga," Mohler said. (AP)