Problems With The Message Bible 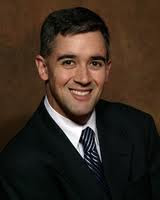 Pastor Justin Peters, who is a Christian apologist and Word of Faith expert, has written an excellent article detailing the problems with The Message.

The Message was authored by contemplative Eugene Peterson, the same Euguene Peterson who has endorsed the heretical book, The Shack. The Message is sometimes referred to as a Bible, but it is not in fact a Bible, but a paraphrase, in which Peterson has made substantial - and questionable -  changes to the text.

Justin's excellent article can be read here.
Posted by Christine Pack at 10:31 PM

In a recent interview, Pastor Justin Peters discussed why the many, and very popular, books that are flooding the Christian book market with accounts of visits to heaven are not biblical. From the interview:

Justin Peters: It's interesting that in the New Testament, there are only three men who are allowed a glimpse into heaven: Stephen, right as he was being stoned in Acts, Chapter 7, a very brief glimpse, but we have no detail of what he saw. He just saw Jesus at the right hand of the Father, and that's all he saw. Or that's all we know of what he saw.  John, who was writing Revelation, by far the most detailed account we have of heaven, by far. But he was writing authoritative scripture. And the only other one is Paul, who was not allowed to tell us. Now my question is, if the man who wrote roughly a third of the New Testament was now allowed to tell us what he saw and heard in heaven, how is it that all these other people are allowed to do so? And even with that, Paul with that level of humility, was still given a thorn in the flesh. Verse 7 (of 2 Corinthians 12), "For this reason there was given me a thorn in the flesh," to humble him even further. And he wasn't allowed to tell us. And yet everybody else that 'goes to heaven,' they write books, and they sell videos, and they go on speaking tours, careers are made..."

Interviewer: And now they're making movies.

Justin Peters: And now they're, yeah, there's even talk of making movies off of Don Piper (and his book 90 Minutes in Heaven) and Colton Burpo, Heaven Is For Real, so there's an overarching problem with anyone saying that they've been to heaven. If Paul wasn't allowed to tell us, I seriously doubt anyone else would be allowed to do so. Paul didn't even want to talk about it. He was defending his apostleship. He didn't want to talk about it at all. So there's a stark difference between what we see from the Apostle Paul and what we see today. All of these stories divorce people from their reliance upon the word of God.

Heaven Is For Real - A Book Review (Pastor Gary Gilley)

The Burpo-Malarkey Doctrine, by Grace To You

Your Best Afterlife Now - An Examination and Critique of Claimed Visits to Heaven and Hell, by Justin Peters
A Call for Discernment - A Biblical Critique of the Word of Faith Movement, by Pastor Justin Peters

Heaven Is For Real, a review by Tim Challies

90 Minutes In Heaven, a review by Tim Challies
Posted by Christine Pack at 4:45 PM