It really is ok to celebrate Easter! My Christian friends, there is no need for you to be afraid that you are participating in a pagan ritual to worship the sun god Baal or the pagan goddess Ishtar if you choose to celebrate Easter. For those unfamiliar with these ideas, they were once widely held and taught by Christian writer Ralph Woodrow, who promoted the idea of Easter as being a pagan holiday that Christians should not participate in. This idea also promulgated by Christian historian Alexander Hislop, and which we wrote about here.

From the more recent article Easter -- Is It Pagan? by Ralph Woodrow, who has since changed his views: 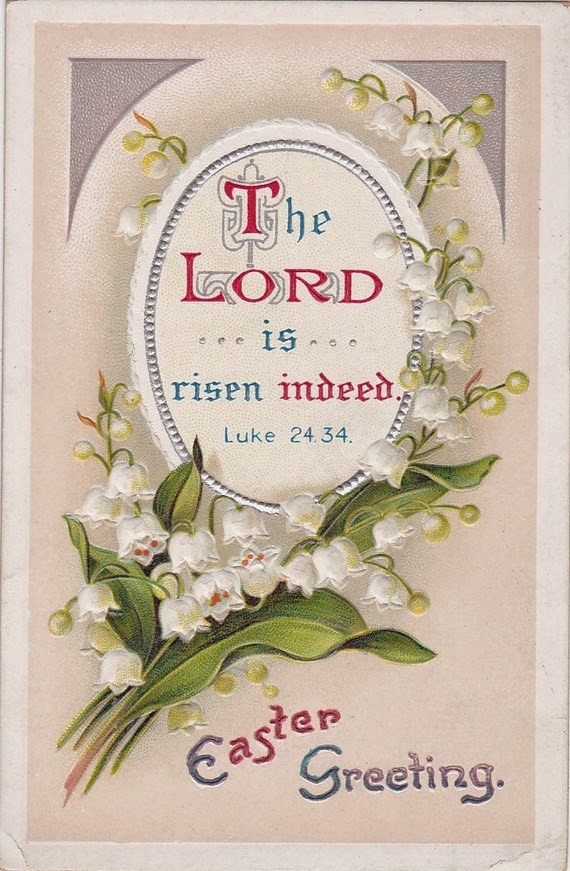 "Those who oppose the celebration of Christ's resurrection at the Easter season, sometimes make the wild claim that those who do so, are really worshipping the Sun- god Baal! They quote Ezekiel 8:14-16 about 'women weeping for Tammuz' and men worshipping 'the sun toward the east.' This, it is claimed, was the real origin of Good Friday and Easter Sunrise Services! But there is no valid connection. If a Christian group chooses to have a special service at sunrise to proclaim the good news of an empty tomb and resurrected Christ, it is not pagan. After all, it was at sunrise that the women came to the tomb and discovered it was empty: 'And very early in the morning the first day of the week, they came unto the sepulcher at the rising of the sun' (Mk. 16:2). No Christian has ever gone to an Easter Sunrise Service to worship the Sun-god Baal. We admire Christians who desire to stand for the purity of the gospel, who do not want paganism in the church. But we should be certain that what we reject is indeed pagan, so that in pulling up weeds, we do not pull up the wheat also."

In closing, let me state that I am not urging any of my fellow Christians to go against their consciences and celebrate Easter (or Christmas, for that matter) if they are not comfortable doing so. I simply ask that they not condemn those of us do feel freedom to participate in these holidays, as we celebrate our Savior who came, lived, died and was raised from the dead so that we all might walk in newness of life.

Myths From Hislop: A Call To Examine Facts

Christmas Does Not Have Pagan Origins
Should We Have A Christmas Tree? (Got Questions?)

Christmas is Just A Christianized Pagan Holiday? Not So Fast.....

Christmas Is Not Pagan, Part 4, Answering the Argument:  "The date of Christmas (December 25), and its many customs all come from pagan sources. Therefore Christmas is pagan."
Posted by Christine Pack at 4:10 PM

Myths From Hislop: A Call To Examine Facts

by Marcia Montenegro (Christian Answers For the New Age - CANA)

“If one gives an answer before he hears, it is his folly and shame.” Proverbs 18:13

“A false witness will not go unpunished, And he who tells lies will not escape.”  Proverbs 19:5

“Put on then, as God’s chosen ones, holy and beloved, compassionate hearts, kindness, humility, meekness, and patience, bearing with one another and, if one has a complaint against another, forgiving each other; as the Lord has forgiven you, so you also must forgive. And above all these put on love, which binds everything together in perfect harmony.” Colossians 3:12-14

Many mistaken views can be traced to the pages of The Two Babylons by Alexander Hislop. This book made a number of claims which do not rest on clear historical data, but were conclusions drawn by Hislop influenced by his own biases.

One of Hislop’s supporters, Ralph Woodrow, wrote a book based on Hislop’s book titled Babylon Mystery Religion. However, Woodrow later discovered that Hislop’s claims were largely unsubstantiated, and Woodrow withdrew his support of Hislop, pulling his own book out of print. Woodrow wrote a book to expose the false claims he was now rejecting, The Babylon Connection?

In an article (link below), Woodrow shows the fallacies behind some of Hislop’s thinking:

Let’s suppose that on May 10th a man was stabbed to death in Seattle. There were strong reasons for believing a certain person did it. He had motive. He was physically strong. He owned a large knife. He had a criminal record. He was known to have a violent temper and had threatened the victim in the past. All of these things would point to him as the murderer, except for one thing: on May 10th he was not in Seattle—he was in Florida!

So is it with the claims about pagan origins. What may seem to have a connection, upon further investigation, has no connection at all!

By this method, one could take virtually anything and do the same—even the “golden arches” at McDonald’s! The Encyclopedia Americana (article: “Arch") says the use of arches was known in Babylon as early as 2020 B.C. Since Babylon was called “the golden city” (Isa. 14:4), can there be any doubt about the origin of the golden arches? As silly as this is, this is the type of proof that has been offered over and over about pagan origins.

Since many popular ideas derive from Hislop’s book, some may not want to face the facts and prefer to cling to these unproven or even false views. Many notions linking Easter and Christmas with paganism are linked to Hislop. This is often used by cultists as a battering ram against Christians.

But as Christians, we are called to truth. After all, Jesus is the truth (John 14:6)! How can we as Christians claim to embrace and preach Jesus if we ourselves do not want to see factual evidence that overturns some cherished beliefs that came from Hislop (or any other less than credible sources)? Therefore, it is suitable and biblical to examine all claims in the light of objective truth and reject any that are unsupported by solid data and which spring from dubious sources. Let us not jump to conclusions or make hasty judgments.

Article by Ralph Woodrow, regarding his previously published book Babylon Mystery Religion, and his public statement of the errors in that book (Woodrow also wrote and published The Babylon Connection? as a corrective to his original book that promulgated the Hislop errors)