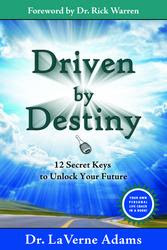 In a move that should raise further questions about Rick Warren's doctrinal soundness, "America's Pastor" has written the foreword to a new book loaded with theological error and which promises to be heavy on pragmatic, self-focused, Word of Faith narcissism (as if American Christians needed any more encouragement for that).  The book, authored by female pastor Dr. LaVerne Adams, is titled "Driven By Destiny" and is slated for release October 2010. One promotional blurb about the book promises:


"Readers of “Driven by Destiny” are sure to see immediate results of transformation seeing the possibilities to awaken their potential."

Dr. Adams, who is described as a "Life Coach," wants you to examine yourself, "define your destiny, maximize your potential and live the life of your dreams." Okay, but from a Christian perspective, who is the One - and the only One at that - who has the right (and ability) to transform our lives?  To direct our lives?  The premise of Dr. Adams' book is completely at odds with the biblical teaching on what "rights" we, as Christians, have to our lives:


"With her new book “Driven by Destiny”, Dr. LaVerne Adams reveals 12 secret keys that inspire readers to overcome feelings of confusion and frustration while navigating their own unique destiny roadmap. Each power packed chapter helps to answer the questions of why life may not be working with solutions to ensure success while traveling life’s journey......Dr. Adams is passionate about motivating people live the life of their dreams." 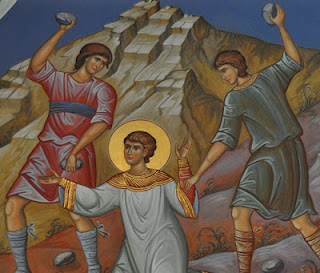 Sounds terrific....except for that little problem of Christians having no "rights." You see, we are slaves, slaves to Christ, and slaves do not have rights.  Our lives are not our own, we have been bought for a price, and only God can know and direct our destiny.  If I plan out my life and God has a destiny in store for me other than the one I have mapped out, I must bend the knee in humble submission before God's greater plan for my life.  Just ask Stephen, who was stoned to death after  rebuking the Sanhedrin for their sinful rejection of the prophets and Messiah himself.  About Stephen, I wonder: did the "life of (his) dreams" include death by stoning? Probably not, because in our flesh, we are all small, narcissistic, self-protective and vain to the extreme. But when submitted to the Lord, as Stephen was, and as we all must strive to be by God's grace, our lives have deeper meaning and serve eternal purposes that our finite minds cannot grasp.  But not according to Dr. Adams, whose assessment of Stephen would be that he was not successfully navigating his "unique destiny roadmap."  Poor Stephen, not to have the "12 Secret Keys" to unlocking his future.....he had only the Lord to entrust his destiny to.

In addition to being unbiblical, this kind of positive self-talk in Dr. Adams' book also comes very close to being New Age/Integral Spirituality thought, which is not Christian at all.  When I was in the New Age back in the 90s, this thinking was dubbed "New Thought."  Its theology?  What mind can conceive, man can achieve.  This thoroughly New Age thinking really went mainstream and took off in 2007 with the book "The Secret," which "explained" that the secret of success in anyone's life was based on something called the "law of attraction."  This "law of attraction" puts forth the concept that thoughts have energy and power, and when you clear yourself of negative blocks, get focused and think your thoughts purposefully, your thoughts will create what you desire by "attraction."  The problem?  This is not Christian teaching....which teaches a crucified self, a life yielded to its Maker.  Nevertheless, this teaching has taken on Christian terminology and flooded into today's churches.

Because of this, when my children were very young, I would have them do a simple exercise to demonstrate to them that only God has the power to "speak" things into existence. I did this because I knew that when they were older, they would hear and see teaching around them that claimed otherwise, teaching that they themselves were "little gods," with the power and ability to speak things into being.  I wanted them to have a deep understanding of the unbiblical nature of this, and so I would have them hold out their empty hands, palms up, and would tell them to "speak" something that they wanted: cheeseburger! ice cream cone! battery powered Thomas the Train! Then I would tell them to look at their hands and see if the thing they were "speaking" was there yet.  Of course, it wouldn't be. I would tell them, okay, really concentrate, try harder, get focused! They would end up in a fit of giggles, rolling their eyes at me and my silliness.  The point is that even a child can grasp the arrogance and futility in us daring to act as God.

And may I also point out that this exercise served to highlight for both me and my children that the flesh is always self-centered and self-serving. Whether we're a 4-year-old wanting an ice cream cone or a 40-year-old wanting to have a successful business, our uncrucified flesh will always rear up demanding to have its desires and wants satisfied, catered to, celebrated, glorified.  And yet, we now have "America's Pastor" endorsing a book that in essence teaches us to celebrate and glorify our flesh by catering to its demands.  Shouldn't we be teaching our children - and exhorting our fellow Christians - that the way we come to the Lord is with our hands open, humbly submitting our dreams, plans, wants, desires to His perfect will? (Mat 6:10) Crucifying our flesh? (Rom 6:6) 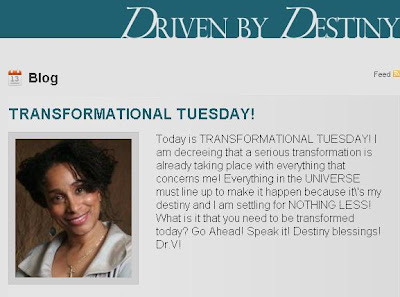 In reading Dr. Adams' blog, however, I'm not quite getting a sense of crucified flesh.  More like, flesh that is thrilled with the idea that it is in the power seat commanding God to jump through the hoops of its own choosing.

And let's just be honest here: this kind of man-centered thinking has always been popular in America.  Over the years, it has morphed and molded itself to the culture and taken shape in many different forms.  It has also, as I noted, taken on Christian terminology so as to become more palatable to confessing Christians who want a way to be "Christian" and still have control over their own lives and destinies (thinking completely at odds with the crucified, yielded life that is described of New Testament believers). 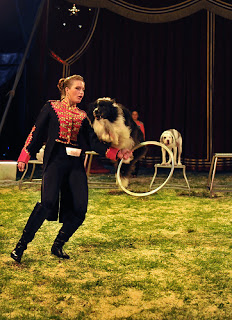 This teaching has appeared under a number of different names, hawked by different teachers and pastors, but always with the same man-centered, unbiblical beliefs at its core:  Law of Attraction......Power of Positive Thinking.......Word Faith.....Possibility Thinking.......even Witchcraft.  But no matter what the name, these beliefs always have at their center the heretical view of people as very, very big and God as very, very small. God as our "go juice," and the "power in our engines."  God as the dog that jumps through the hoops of our choosing.

And now with Rick Warren slated to be the keynote speaker at Dr. John Piper's Desiring God 2010, there will be a whole new audience that can be exposed to Dr. LaVerne Adams' particular brand of crazy. And so I'll ask a question I've asked before: how far from orthodoxy does Rick Warren have to fall, and how many questionable alliances does he have to make, before Christian leaders will begin to "mark him out" and separate from him (Romans 16:17) - rather than continuing to give him a platform for teaching and preaching?