Reader Question: Mysticism is not primarily about practice. It is about insight. Practice or practices, techniques, disciplines are all secondary. They're pedagogical tactics, used because people won't see when you tell them 'see!'

The question is not whether we foolish humans think something is okay or not.....the question is what does the Bible say about such things?

Nowhere in the Bible do we have the instructions:


"If by plain teaching a man will not see the truth about God, then please attempt to reach him through whatever methods seem appropriate."

No, it never says that, and in fact, Paul rebuked the Colossians for chasing after empty, mystical visions after having laid hold of Christ:


"Let no one keep defrauding you of your prize by delighting in self-abasement and the worship of the angels, taking his stand on visions he has seen, inflated without cause by his fleshly mind." (Col 2:18) 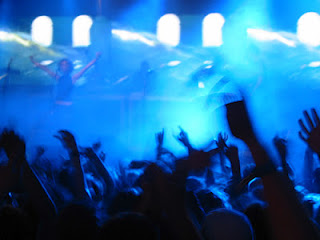 The entire book of Hebrews also addresses this raging controversy of mysticism quite comprehensively.  Humans have constantly gone after the tangible, the substantive in religious practices...because absent being in a real relationship with God, what has someone got? Bells and whistles.  Icons and incense.  Whipped up mystical states, whatever the vehicle might be: whether it is in the privacy of one's own room repeating a mantra to empty the mind, or in a concert hall swaying to throbbing, hypnotic music, repeating choruses over and over and thereby achieving the same mind-emptied state.

But as Christians, we have something far better than whipped-up mystical experiences: we have God's Word.  Astonishing that such a thing could even exist, and astonishing that access to the mind of God is given to such as us.

Reader Question: "If man doesn't find God in his soul, 'totally depraved' as it may be, he won't find it anywhere." 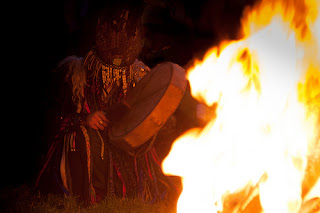 This is the same argument that I pleaded for a number of years with my own father when he was witnessing to me and trying to help me see that my mystical experiences as a practicing Hindu were NOT from God, but were in fact, as stated above, whipped up mystical states (which is what the lost mind will resort to when it does not have God).  No, I was convinced I had found God in my own soul, no better or different than what my father was claiming as a Christian.

I would submit to you that there is something even greater than whipped up mystical states demonically designed to comfort and lull the lost soul into thinking he knows God when in fact he is far from God......and that is forgiveness of sins.  After that, who needs the cheap crack high of a mystical state?

Fighting For The Faith Interview on Mysticism

Roman Catholic Mysticism and the Emergent Church Movement
Posted by Christine Pack at 9:07 AM