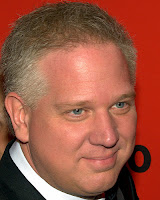 This is a hard letter to write, because we've had some good times.  But I'm sorry, it's over between us.  And please believe me when I tell you this: it's not me, it's you.  You see, I haven't changed.  I'm still the same conservative gal, the one who sat around hoping that somehow, some way, this country would be set right again.  And along you came, with a little sparkle in your eye, so full of national pride, so distraught and earnest over what was happening to our country right under our noses.  Hegelian dialectic! Cloward-Piven! Fabian socialiasm! The third way!  And suddenly, I wasn't the only one running up the hill, vainly shouting these things into the wind....you were right there with me.  We were having such a good time.  I was telling everybody about you!

And okay, sure, I knew you were a Mormon.  But maybe, I said to myself, he's really a Christian.  Maybe he's one of those "cultural Mormons," a Mormon in name only, who doesn't even know about all that kooky Mormon theology.  After all, he talks about God and Jesus and salvation and atonement....  Looking back, I'm so ashamed of myself:  I should have known better!  After all, a large part of what I do is write about cults, and how they use the same terminology that Christians do, only with redefined meanings.  Oh, how I wanted to believe.

But then, you changed.  It all started with the rock. You know what I'm talking about, Glenn.  It's no use getting all wide-eyed and coy with me, I'm onto you now. You brought out that rock, and exclaimed over its "Hebrew" inscription.  At the time I didn't know what you were talking about, but after a little digging, I discovered that this rock, known as the Bat Creek Stone, is believed by Mormons to be evidence of ties between ancient Israel and Native American Indians. And I discovered that the Mormon Bible teaches that America will become God's latter-day base of operations for His restored church. (3 Neph 21:4) With these findings, your zealous patriotism was taking on new meaning for me.

Suddenly, we had taken a strange turn.  I didn't want to be proselytized by someone who believed in Planet Kolob and spirit babies; I wanted the old Glenn back, the one with the blackboard, running back and forth between Cass Sunstein and Jim Wallis and Barack Obama, sweating and red-faced. You began to talk more about faith, and suddenly I could no longer pretend we were on the same page.  "Get back to God," you earnestly spoke into the camera. "Whatever that means for you, go back to your church, your synagogue, your mosque, your whatever."

Excuse me, but....."Whatever that means for you?" As in, however you want to approach God is fine by me, just so long as you have a tidy little moral code that keeps you out of trouble?  I couldn't believe it.  I was crushed! No longer could I pretend that you were somehow secretly a Christian who hadn't yet mustered up the courage to leave his cult.

And then came the 8/28 rally.  By that time, I couldn't even watch.  My heart was already broken.

And then it began to dawn on me: I think I've been played.  Not by you, Glenn.  But by the Progressive Left Wingers.  You see, all along, as your tide was rising, we Tea Partiers and conservatives were cackling about 2012, about "just wait!" and "oh boy, we'll show them!"  But the Progressives weren't concerned in the least.  Why was that?  Could it be that, on the rising swell of your popularity, they were envisioning the possibility of a Mitt Romney run.....and instead of being concerned, they already had it mapped out? Instead of quaking with fear over the handsome, articulate, former governor of Massachusetts, they were ready and waiting with a loooong list of questions about temple garments, Brother Lucifer, and baptism for the dead?   Maybe that's why they weren't worried about you or a possible Mitt Romney run....they were secretly rubbing their hands together with glee at the thought of "temple garments" being shown over and over again on CNN.

Oh dear, it's all starting to become clear to me.  The truth is, we don't believe the same things. Your Mormon "gospel" of moralism and good works and America-as-the-promised-land is the kind of false gospel that the Bible warns about.  And now I'm officially freaked out.  Of course, I'm still conservative and want what's best for the country, but the bottom line for me is God....not country.  Don't get me wrong. I love my country, and I'm heartbroken to see it sliding into socialism, but I'm sorry: God trumps country.

So Glenn, this is it, it's over.  Now, instead of pleading with my friends to tune in, I'm begging everyone to wake up and realize that, as nice and earnest as you are, you are not a Christian. And to pray for you. But I want you to know that I still wish you the best, even though you scare me now.  It's not me, Glenn.  It's you.

It's Official: Mormonism Is Crazier Than Scientology
Posted by Christine Pack at 10:56 PM