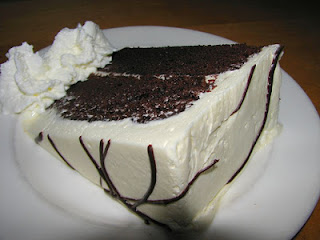 I was pregnant with my firstborn son at the same time that my twin sister (who helps write this blog) was pregnant with her second-born child (a girl, as it turned out). My sister and I have always been close, and sharing our pregnancies together was almost unbearably sweet to me, and knitted our hearts together even more, if it were possible, than they already were. Here are some fun Sola Sisters pregnancy facts:


◆ Our due dates were about a week apart

◆ We each found out that we were pregnant just before a large scheduled family vacation together during which we both tried to hide the fact of our pregnancies from each other because both she and her husband, and I and my husband, wanted to do a big surprise announcement one night over dinner to everyone gathered

◆ We both had intense morning sickness which, looking back on this, should have made the whole hiding-it-from-each-other thing impossible to do, but somehow we managed

◆ We still call her daughter and my son "the twins" in light of the fact that they were born to twins, and their birthdays ended up being so close together

◆ My sister had the most adorable labor and delivery....during which she reported to me on the phone (after having just given birth) that she had her new baby girl cradled in her arms, and a friend had just brought her Starbucks blueberry scones and a latte

◆ I did not have an adorable labor and delivery. My labor started on a Thursday and finally ended Sunday morning.

◆ I was obsessed with chocolate cake during my pregnancy with my son. And when I say obsessed, I mean that in the pursuit of perfecting my chocolate cake recipe, I averaged making about two cakes per month. That's right folks, if you have done the math, you've come up with about 18 chocolate cakes, give or take, over the course of my pregnancy.

In addition to my first son, almost two years later to the day, God gave me another son. And next to my husband, my children truly are the light and joy of my life. I love being a mother, and I love watching these little guys grow toward manhood. And of course, I desire for them to love and cherish God above all other things.

In honor of Mother's Day 2011, I am sharing the chocolate cake recipe I finally landed on during that first pregnancy. And before you think to yourself, oh, it's just another cake recipe, please consider this: a pregnant woman (think intense food cravings) made eighteen cakes (give or take) in the pursuit of coming up with this recipe. And please also consider this: this cake became known in our church as "the cake." As in, "Jim, are you and Christine coming to the covered dish supper? Oh really? Well, is Christine going to bring the cake?"

It's not me, folks, I promise, it was just the crazy hormones at work that made me do it. But let me just say in advance.....you're welcome.

Combine cocoa with boiling coffee and whisk till dissolved. Whisk in cold half and half and set aside to cool to room temperature. Preheat oven to 350 degrees. Grease two 9" round cake pans, and line with a circle of waxed paper or parchment paper. Grease again and dust liberally with cocoa.

In a medium bowl, sift together flour, baking powder, baking soda and salt.

In a large mixing bowl, combine oil, sugar and vanilla, and beat till fluffy. Add the eggs, one at a time, and beat well after each addition. Alternately add dry ingredients and room temperature cocoa/coffee/cream mixture to the butter mixture, beginning and ending with the dry ingredients.  When just combined (do not overbeat), scrape down sides and beat about 15-30 seconds more.

Pour into prepared pans and bake till a toothpick inserted in the center comes out with a few moist crumbs attached (30-35 mins).  Cool in pans completely before removing. Frost with Cream Cheese Frosting:

Mix together till smooth. Enough for one heavily frosted cake or 2 cakes frosted with a common sense amount of frosting (guess which kind of family we are?)