The Invention of Adolescence

Note: I found this article by Otto Scott on the Defending Contending site, and think it speaks very aptly to our culture today. I have also heard Paul Washer teach on this strange phenomenon of "adolescence" as well, but could not find the sermon in which this appeared. 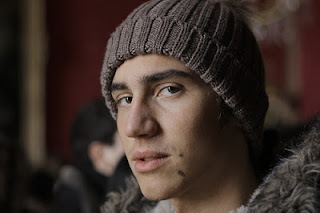 Adolescence is now accepted by most Americans as a strange and difficult period marked by wild swings of mood, outbursts of temper, rudeness, rebelliousness, and personality changes — all involuntary.

They would be surprised to learn that this period was unknown, unrecognized, and unseen in every previous civilization, culture, and society throughout the immensely long history of humanity. It is, even today, unknown in large areas of the inhabited world.

I recall marveling at the calm that pervaded families in South America during my last extended stay there in the early 1950s. I did not hear a single rude response by a teenager to anyone. No doubt it was different in the slums, but this was the atmosphere among the middle and upper classes.

In earlier times, this was once true even in the United States, the land now known for difficult children. There was even a time when there were no adolescents.

That was, of course, a time beyond the memory of even our oldest inhabitants: a time before the Civil War, during the First American Republic. Our great social changes began after that conflict; after huge waves of immigration came via the new, safer steamboats; during the period when many Americans anxious for a higher, more complete education, went to Europe — and especially to Germany — to study.

One of these was G. Stanley Hall, who earned a doctorate in psychology under William James at the new Johns Hopkins University in 1878. Hall went to Germany for two years and was swept up in German psychological research and became especially interested in the mental development of children.

After that immersion in what is usually termed “the latest scientific developments,” Hall returned to Johns Hopkins as a professor of psychology and pedagogy. (Wonderfully impressive terms!) Hall taught John Dewey, Lewis Terman (who later pioneered “mental” tests) and Arnold Gesell, later famed as a “child” psychologist.

Hall conducted numerous “studies” of children during the 1880s and 1890s, and in 1904 issued a landmark book cumbersomely titled Adolescence: Us Psychology and Its Relations to Physiology, Anthropology, Sociology, Sex, Crime, Religion and Education.

That title alone should have warned the wary, but it was a time when a number of savants were appearing with novel theories about human behavior. Dr. Freud, addicted first to opium and then cocaine, had convinced many of his patients that he could read thoughts of which they were themselves unaware. Lombroso’s theory that a criminal was an anthropological type with certain physical characteristics still had a following; so did phrenology: the idea that the contours of the skull indicated mental and spiritual qualities. It was a time, in other words, when — in the name of science — human beings were being redefined by various individuals who claimed to possess supernormal powers of observation and insight.

Dr. Hall was one of these. His theories fit inside spread of Spencer’s social Darwinism and the fashionable belief in the perfectibility of Man through formal, secular education. He thought the embryo in the womb repeated Darwin’s evolution of humanity from the sea, and that the stages of childhood repeated the stages of social evolution from pre-savagery to civilization. He left the definition of civilization unstated and seemed to believe that it was a permanent condition achieved in the West in 1905.

Dr. Hall argued that childhood consisted of “three stages, each with a parallel in racial history” and each requiring certain set teaching approaches. Infancy and early childhood were equal to pre-stages of culture, and parent/teachers should allow the child to play with blocks and to exercise freely. At six or seven, he believed the child experienced various crises leading to the “pre-adolescent” years of eight to twelve, when behavior is comparable to “the world of early pigmies and other so-called savages.’”[1]

At this point (six or seven) the child was, in Dr. Hall’s view, ready for school — and its discipline. But a new period of crisis, he believed, arrived between thirteen and eighteen — which he termed adolescence.

Hall compared this to ancient and medieval civilizations. He believed it was a crucial period, “because it prepares the youth for the acquisition of knowledge, mores and skills that will determine the future of the individual and, by extension, that of the human race.”

He also believed that it was “a stormy period . . . when there is a peculiar proneness to be either very good or very bad.’”[2]

There does not seem to be any basis for this conclusion. Throughout all the previous centuries of Christianity — and of Judaism before that, twelve had been considered the age of maturity. Both confirmation in the Christian religion in Pre-reformation centuries, and the Bar Mitzvah in Judaism (then and now) took place at that age. Thereafter, a young person was expected to behave as a responsible adult, and to assume a place in adult society.

Boys in New England whaling towns went to sea and rose to become masters of clipper ships in their early twenties Girls married at sixteen and set about raising a family, managing a home and behaving as matrons. Their counterparts around the world behaved the same. Life began early; tantrums may have occurred, but they had no general rationale connected to age: everyone was held responsible, and God was not blamed for anyone’s misbehavior.

Social life, however, is replete with imitative patterns. People are apt to behave as they are expected to behave — whether well or foolishly.

Hall’s ideas fit the fashion: it would not be fair to say that they were deliberately conceived to do so; it would be accurate to say that Hall was a man of his time, more than a man of original insight. He codified ideas about children and youths that were then floating in the air. That was the reason his argument was so easily swallowed by educators and other professionals. True originality has a much harder time.

In any event, Hall’s work provided a basis for segregating school children by age. Elementary school children were segregated from secondary schools along the lines of his “observations.” Twelve was the age of the break. The new fashion spread even into religion, and the clergy began to aim different lessons at special age groups: the Bible was too much for the young.

The movement mushroomed into special courses for special ages. At certain ages, a child was expected to learn this much — and no more. To learn behind the group was a cause for concern, so in time, was to learn ahead of the group. Norms came into being; to fit the norm became (as it is now) more important than to sprint ahead — and to fall behind is a calamity. Never mind that different children grow at different rates at different times and that even individual progress is sometimes fast, sometimes slow. Differences were put in the background; age in the foreground.

At a certain time, therefore, in the lives of contemporary American children, certain behavior patterns are expected — and subtly mandated. Nor is this only true of children. There is now an expected beginning and an end to a working career: one cannot be too young — or too old.

We have, today, an entire hierarchy of social groups based on age: from Day School to Leisure Village. There are assumptions surrounding each age group: from expected tantrums by adolescents to PMS for women of a certain age — and an end to creativity from the old.

There are many variations of this development — from youth gangs to the forced retirement. In fact, we have almost achieved a society nearly completely segregated by age in which the generations have been narrowed from the traditional thirty years to far fewer. Age now separates us more than ever before in any society; persons raised only a few decades apart find one another nearly incomprehensible. Dr. Hall, therefore, can be said to have influenced us as much (and perhaps more) than Darwin or Dr. Freud, and like these more celebrated “thinkers” has brought us at least an equal load of distress, disturbance, and unhappiness.

photo credit: Dbl90 via photopin cc
Posted by Christine Pack at 9:44 AM