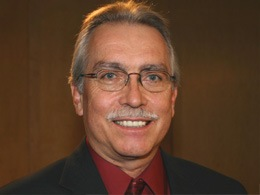 In Part 1 of my two part post about Sin, Church Discipline and Thoughts About Bob DeWaay, I described my friendship with Pastor Bob DeWaay, how it came about, and how his diagnosis of alcoholic hepatitis had come as a profound shock to me. This was true not only for me, but for all who knew Bob. According to his wife, who had also become a friend of mine, she had truly never known a thing during Bob's years of secret alcohol abuse. She explained to me that both she and Bob are pretty independent, and that they gotten into a habit of going to bed at separate times. She told me that this was in part because Bob had suffered from insomnia for years. It seems he had a difficult time getting his mind to "turn off" so that he could fall asleep.

In hearing Bob's wife describe his difficulties with insomnia, my youngest son came to mind. My older son is like me: if he gets still enough, he's asleep in about 15 seconds. My 8-year-old, on the other hand, is extremely intelligent and has a mind that simply doesn't want to quit "consuming." His I.Q. has tested in the genius range, and he already reads at an adult level, composes music and writes poetry. His mind seems like a hungry animal to me, sometimes, and I find myself struggling to stay a few steps ahead of him! And he also has a very difficult time getting his mind to "turn off" so that he can fall asleep. So in listening to Bob's wife talk about Bob's problems with getting to sleep, and how, unbeknownst to her he had turned to alcohol to help him shut his mind off, I began to have some sympathy for his problem. This is not to say that Bob was not in sin. He was. And as this secret sin came to light, it was also obvious that Bob had gone to some lengths to hide his drinking which, in alcoholic fashion, had grown progressively worse over the years.


The purpose of church discipline is the spiritual restoration of fallen members and the consequent strengthening of the church and glorifying of the Lord.”

As providence would have it, more than a thousand miles away from Twin City Fellowship, I was also observing another church discipline issue play itself out.

Now, it is one thing to know about church discipline, and know that it is right and ought to be done, and the method for how it ought to be done, etc. It is another thing entirely to observe it playing out before your eyes. These are real people, not case studies, but real flesh and blood people, and their actions have often hurt not only themselves but the people around them. But, we must also assume, because we are biblically commanded to, that they are our brothers and sisters in Christ, and do everything that we can to bring them back into the faith and restore them, until and unless they outright reject all appropriate disciplinary efforts (and thereby, in essence, reject God and his authority over their lives).

So in these two church discipline situations that I was aware of - one in Minneapolis, MN and the other in the church of someone close to me - profound sin* was discovered. And in both circumstances, church discipline was exercised.


“If your brother sins against you, go and tell him his fault, between you and him alone. If he listens to you, you have gained your brother. But if he does not listen, take one or two others along with you, that every charge may be established by the evidence of two or three witnesses. If he refuses to listen to them, tell it to the church. And if he refuses to listen even to the church, let him be to you as a Gentile and a tax collector.” Matthew 18:15-17

There is a roughly 4-step model for how church discipline is to be carried out, taken from Matthew 18:15-17;

In observing both of these church discipline situations (the one close to me, and the one in Minneapolis), I watched two very different scenarios play out. As the sharp blade of Scripture was pressed into each set of circumstances, only one of the parties repented, bent the knee in humble submission, and accepted the consequences of their sinful actions. That was Bob. But in the other disciplinary situation that was playing out and which I was observing, that person did not submit to church discipline, would not repent, and chose, ultimately, to walk away from family, friends and church.

Now, I am not saying Bob DeWaay is perfect or without sin, and I'm not even saying that this sin might not ever grip him again. I pray with all my heart that it doesn't, but as his Christian sister, I can only pray that he holds fast to the Lord come what may, because perseverance to the end is one of the true marks of a born again Christian:

"You need to persevere so that when you have done the will of God, you will receive what he has promised." Hebrews 10:36 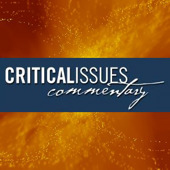 So in closing, I've written this 2-part series of articles, in essence, to explain why I still consider Bob DeWaay a brother in Christ, and why I still publish his articles and radio programs from time to time on this blog. Some folks have gotten upset with me for continuing to post links to Bob's articles, and so this post has been percolating in my brain for a long time, as my way of explaining that I watched this horrible situation play out in exactly the way I hoped it would with Bob. Please bear in mind, this could have gone the other way. I didn't think it would, I certainly hoped it wouldn't, but on the front end of this, really, who knew how this would all shake out? And as my husband says, you can't get all excited and call the game in the first quarter. You have to be patient and watch.

So again, I can't say that I know how this is going to play itself out ultimately. I only know that I am so thankful that God gave us a model for church discipline so that when - not if, but when - we find ourselves in sin, there is a loving, biblical model for helping us to see and repent of our sin, and be restored to fellowship. Yes, Bob was caught in profound sin. Yes, his sin was damaging and painful to many around him, including his church. But when discipline was applied, he did not cut and run. He humbly bent his knee, and accepted what the elders of his church thought was appropriate. Can we ask for more than that?

* Of course, all sin is profound sin, and is grievous because it is committed against a holy God. But in these two church discipline situations, I'm discussing the kind of sin that involves deception, hiding, sneaking and deceived parties. Jerry Bridges takes on the subject of all sin being profound sin in his very excellent book Respectable Sins: Confronting the Sins We Tolerate.

From the back cover of Dr. Bridges' book:

"Have Christians become so preoccupied with the major sins of our society that we have lost sight of our need to deal with our own more subtle sins? Jerry Bridges returns to his trademark theme of holiness and addresses a dozen clusters of specific "acceptable" sins that we tend to tolerate in ourselves - such as jealousy, anger, pride, unthankfulness and judgmentalism.....In his admonitions, Jerry offers a message of hope in the profound mercy of the gospel and the transforming grace of God as the means to overcome our subtle sins."

But for the purposes of this article, I'm discussing, as I noted, the more obvious sins - gross sins - and the kinds of sins that most true Christians would be likely to instantly recognize as sin: theft, adultery, murder, etc., rather than the subtler shades of these sins that can often slip by even true, born again Christians (impatience, jealousy, unthankfulness, etc.)


Sin, Church Discipline and Thoughts About Bob DeWaay - Part 1
Posted by Christine Pack at 10:22 AM