After reading Ken Silva's excellently researched article on the ongoing King's Way controversy, I decided to chart Pastor Silva's findings for the purpose of giving a quick thumbnail sketch of the issue to anyone not familiar with the controversy. Rick Warren, author of Purpose Driven Life and pastor of Saddleback Church, is claiming that an Orange County Register reporter inaccurately reported that Saddleback is working with the local Muslim community on an interfaith document known as King's Way. The reporter (Jim Hinch) stands by his story. Below is a chart detailing some of the conflicting claims: 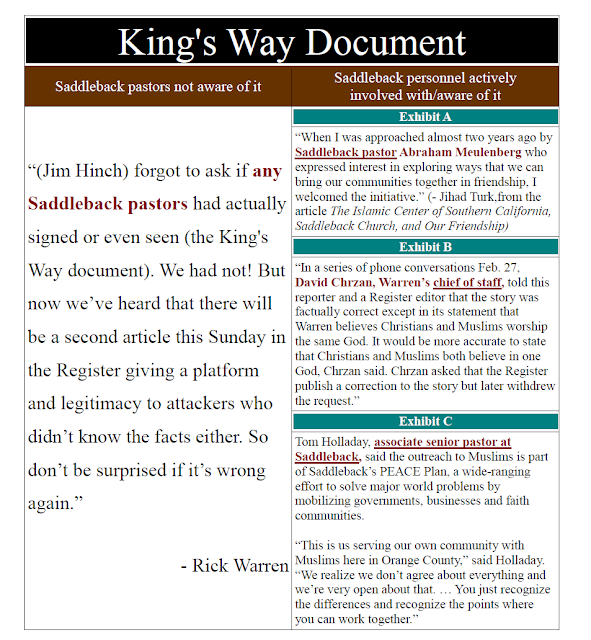 Are We Witnessing a "King's Way" Cover-up? 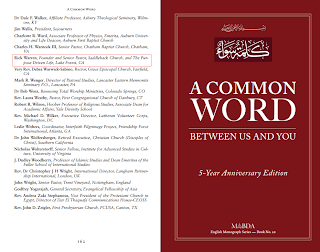 Critical Issues Commentary: A Biblical Look at Rick Warren's Teaching
Posted by Christine Pack at 11:39 AM