All Is Not Lost

I've thought a good deal about the election results over the past few weeks. I've spoken with many Christians and non-Christians who are upset and worried for the future of our great country. In more than one conversation, the concept of Romans 1 has come up:


For his invisible attributes, namely, his eternal power and divine nature, have been clearly perceived, ever since the creation of the world, in the things that have been made. So they are without excuse. For although they knew God, they did not honor him as God or give thanks to him, but they became futile in their thinking, and their foolish hearts were darkened. Claiming to be wise, they became fools, and exchanged the glory of the immortal God for images resembling mortal man and birds and animals and creeping things. Therefore God gave them up in the lusts of their hearts to impurity, to the dishonoring of their bodies among themselves, because they exchanged the truth about God for a lie and worshiped and served the creature rather than the Creator, who is blessed forever! Amen. For this reason God gave them up to dishonorable passions. For their women exchanged natural relations for those that are contrary to nature; and the men likewise gave up natural relations with women and were consumed with passion for one another, men committing shameless acts with men and receiving in themselves the due penalty for their error. And since they did not see fit to acknowledge God, God gave them up to a debased mind to do what ought not to be done. (Romans 1:20-28 ESV)

In the modern age, we have exchanged the true God for a lie, for a lesser god. A majority of Americans, in spite of our God-centered heritage, have become corrupt and no longer look to God for guidance and protection, and certainly don't give thanks for all He has provided. We have so much: wealth that extends even to the poorest among us, freedom to debate in the square our views, and a diversity unmatched among all the nations. Our government provides for those that either cannot or will not work. Indeed, the freedom we enjoy and the prosperity, even now and even in the worst of economic times, is the envy of the world. But, with all these blessings, a majority of our people no longer worship the true God. For many, theirs is a god of their own choosing... a made up version of "God" that incorporates some of the attributes of God mixed with their own self-righteous viewpoint of what a loving god should be.

I have very little interest in debating the future place of America, or lack thereof, in the end times prophecies. Suffice it to say, there's a strong chance that this great country of ours doesn't exist when Jesus returns. But this does not lessen our duty to America. Let's say America is now or already has been "turned over" and we that worship the true God are now the remnant, much as there was a remnant in Israel. If this is true, are we to remove ourselves from society and prepare for America's judgment? I think not. No, Christian. We are to be salt and light to a world growing darker and darker.

And who are we to think we know God's plan for our country? We cannot know the mind of God. Therefore, we must do all we can to give Him glory and to try to save all we are able from the lie that permeates our land. Perhaps God will provide some relief from the decline. A time where there might be many who come to know the truth......

All is not lost

Our nation's history is full of dark periods and misguided leadership. More than once, God has provided great leaders and there has been reform.The Republican party lost the Presidential election, but remains in control of the House.This should help to control the ambitions of an administration whose ideology is anti-Christian and downright dangerous in its view on debt. However, things could continue to slide downhill. The next election or the one after could bring even worse leadership. The debt crisis in this country and the growing unrest throughout the world could lead to war, anarchy and revolutions. American soil has been mostly untouched by war, but that could all change. And one has to question whether God will continue to protect a country that dishonors Him, that kills the unborn and defiles the sanctity of marriage. It could get ugly... See Jeremiah and Isaiah for an idea of just how rough it could become. 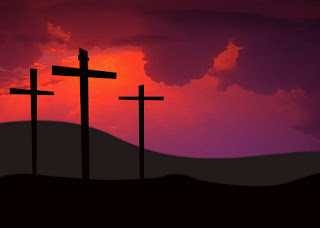 Scary and discouraging to say the least!  But one truth keeps coming to my mind... Jesus Christ has secured for those who belong to him the peace that passes all understanding: peace with God! For those who have repented of their sins, truly know Jesus as their Savior and understand their complete need of His sacrifice for their justification, there is one truth, one reality that cannot be forgotten - Jesus will save us!  So, brothers and sisters in Christ, let's share the good news, let's work hard to elect Godly leaders, fight the good fight and use the difficulties that are most certainly coming to spread the Gospel.  When we speak to those that are hurting and they share their concerns about the future, challenge them that this life is but a vapor and now is the time to repent and put their faith in Christ's atoning death before it's too late.  Show them that come what may, you have peace and explain why you are resting in the Lord.

God is on his throne!

God is on his throne, and is sovereign over all the affairs of man. He, and He alone, knows our future.  Let us pray daily for Godly leaders and for a new Great Awakening.  And never cease to praise the Lord, for His blessings are new every morning.  Great is His faithfulness.