(UPDATE: About a day after their announcement that they would begin hiring professing Christians in same sex marriages, World Vision made a statement reversing this new policy change, calling it a "mistake." While I am glad for this reversal, my prediction is that World Vision will eventually reverse this reversal, only they will do it quietly next time, without any kind of grand public statement. I think they learned their lesson, especially after immediately being called out by Franklin Graham and Dr. Albert Mohler, and others. Our Facebook wall was also flooded with comments from readers expressing that they could no longer in good conscience partner with World Vision. So sadly, the lesson I think World Vision learned was not to have greater fidelity to God's word, but to "manage" their liberalism more covertly. I could be wrong about how this plays out, but time will tell. I think that liberal churches and organizations [and yes, I'm counting World Vision among them] are just biding their time until such time as same sex marriage is legal in all states. At that point, I predict they will be straight up same sex marriage affirming, and will feign shock and dismay that "certain" Christians [and we know who they are, right?] still refuse to affirm homosexuality as lawful and good in God's eyes. The law is the law, right? I can just hear it now. Be prepared for World Vision to go all Romans 13 on us at that time, it's coming.) 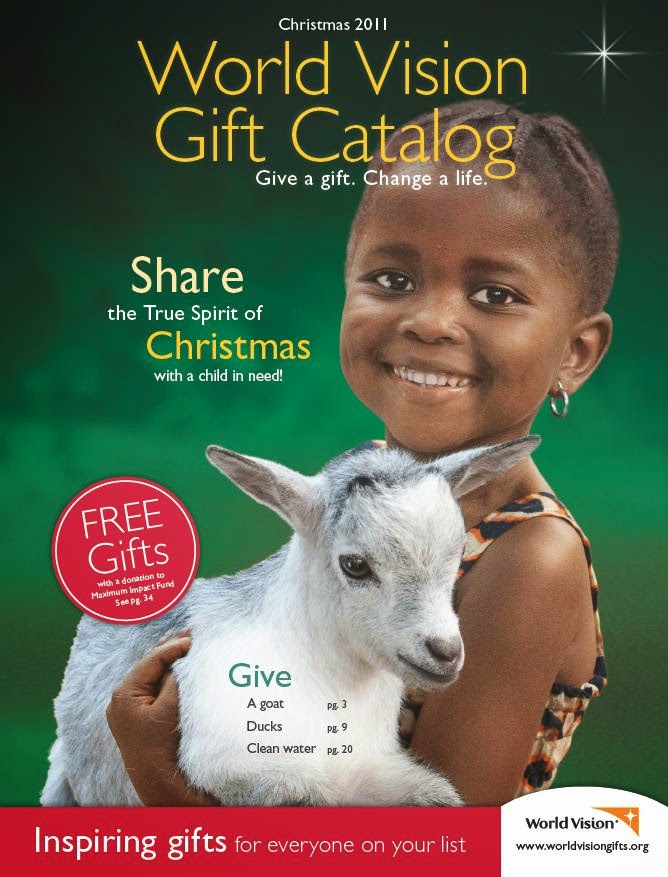 Richard Stearns, U.S. President of World Vision, announced today that the organization would reverse its previous policy of requiring their employees to abide by marriage as defined in God's word as one man and one woman, and would begin hiring professing Christians who were in legal same-sex unions. From the article:


World Vision's American branch will no longer require its more than 1,100 employees to restrict their sexual activity to marriage between one man and one woman.

Stearns asserts that the "very narrow policy change" should be viewed by others as "symbolic not of compromise but of [Christian] unity." He even hopes it will inspire unity elsewhere among Christians.

At the same time, World Vision claims to be distinctively Christian. From their website:


We are Christian: We acknowledge one God; Father, Son, and Holy Spirit. In Jesus Christ, the love, mercy and grace of God are made known to us and all people. From this overflowing abundance of God’s love, we find our call to ministry........We bear witness to the redemption offered only through faith in Jesus Christ. The staff we engage are equipped by belief and practice to bear this witness. (online source)

Sorry, but World Vision can't have it both ways. If World Vision is going to reject the authority of God's word, it would be better for Christianity if, going forward, they would simply proceed purely as a relief organization, and not as an organization claiming any Christian distinctives. After all, for true believers, Scripture is our guideline in all matters of faith and practice. And the Bible is not unclear on what it says about unrepentant homosexuality, so it's not a matter of interpretation, but one of obedience. World Vision simply can't claim to be a Christian organization, but then deny the Bible in practice where it speaks clearly and authoritative on matters, as it does on unrepentant homosexuality.

Bending To the Culture

Caving on the same sex marriage issue is a very "cultural" stand for World Vision to take. By explicitly making a public statement that they will, from now on, be hiring into their organization homosexuals who profess to be gay, then they are accepting, as valid, a profession of Christian faith from practicing, unrepentant homosexuals. And again, by doing so, World Vision is rejecting the authority of the Bible, which condemns unrepentant homosexual sin (along with all other unrepentant sins).

Richard Stearns stated in his interview with Christianity Today that:


"...when Christ left, he gave us the Great Commission [to make disciples] and the Great Commandment [to love others as ourselves], and we're trying to do just that."


"World Vision is a Christian humanitarian organization dedicated to working with children, families, and their communities worldwide to reach their full potential by tackling the causes of poverty and injustice." (online source)

Unless I missed something, from looking at the World Vision website, it seems apparent to me that World Vision sees their primary focus as being one of bringing relief to the needy. Nowhere on the site did I find a statement attesting to the  desire to bring lost sinners into a saving relationship with their Creator, who made them and who has a righteous claim on their lives. And while there is nothing at all wrong with ministering to the poor and needy, and a whole lot good with doing so, Christians need to remember that ONLY doing benevolent acts for the disenfranchised is not the same thing as preaching the gospel to them. While growing up in a very liberal mainline denomination, one thing I heard often was this quote (often wrongly ascribed to St. Francis of Assisi):


"Preach the gospel at all times. Use words if necessary."

This quote makes me cringe today. The gospel cannot somehow be mysteriously conveyed by kindness or good works. The gospel is a distinct message, communicated with words. Of course, kindness can and should enhance the message of the gospel, but the gospel is a MESSAGE. It's a message comprised of actual words which convey the truth of our Savior, Jesus the God-man, who lived a perfect life that He offered up as an atonement for the sins of wretched, sinful man. Kind actions cannot convey that message.


"For I determined to know nothing among you except Jesus Christ, and Him crucified." (1 Corinthians 2:2)

Going into third world countries with medicine and blankets, and digging wells, and building infrastructure are good, benevolent and loving things to do. But such actions are not a SUBSTITUTE for speaking the actual gospel message. Thus, if an organization claims to be Christian, but does not proclaim Jesus Christ and him crucified for the forgiveness of sins, then they really ought to rethink their mission statement. I contend that if Richard Stearns and World Vision are only ministering to the physical needs of those in need, and not their greatest need, their spiritual need, then they really ought not to identify themselves as a Christian organization. It only muddies the waters for the rest of us who don't mind taking heat from the world for giving the gospel that offends and for taking stands that aren't popular, such as the hotly raging same-sex marriage issue.

Let me close with this exhortation: To my dear brothers and sisters in Christ, please don't be under any illusions that if you give $$$ to World Vision that you will be participating in the unadulterated gospel message going forth into the world. Jesus did not turn a blind eye to sin (homosexual or otherwise), nor did He bend to cultural trends.

On World Vision and the Gospel

Pointing To Disaster — The Flawed Moral Vision of World Vision