For J.T.P. - The Forbidden Chapter in the Tanakh...

Is God Finished With The Jews?

The Apostle Paul, a Jew who had converted to Christianity, wrote a great deal of the Christian New Testament. Paul loved his fellow Jews so much, and desired so much for them to come to saving faith in the Messiah, that he wished he could have given his own life in order for the Jews to be saved:


"I am telling the truth in Christ, I am not lying, my conscience testifies with me in the Holy Spirit, that I have great sorrow and unceasing grief in my heart. For I could wish that I myself were accursed, separated from Christ for the sake of my brethren, my kinsmen according to the flesh, who are Israelites, to whom belongs the adoption as sons, and the glory and the covenants and the giving of the Law and the temple service and the promises, whose are the fathers, and from whom is the Christ according to the flesh, who is over all, God blessed forever. Amen." (Romans 9:1-5)

"Brethren, my heart’s desire and my prayer to God for (the Jews) is for their salvation. For I testify about them that they have a zeal for God, but not in accordance with knowledge. For not knowing about God’s righteousness and seeking to establish their own, they did not subject themselves to the righteousness of God. For Christ is the end of the law for righteousness to everyone who believes." (Romans 10:1-4)

But just as God said He would, after the Jewish people rejected (and crucified) the Messiah God sent them, He went outside of his chosen people with the gospel proclamation. From Romans 10:


"But I say, surely Israel did not know, did they? First Moses says, 'I will make you jealous by that which is not a nation, by a nation without understanding will I anger you.' And Isaiah is very bold and says, 'I was found by those who did not seek Me, I became manifest to those who did not ask for Me.' But as for Israel He says, 'All the day long I have stretched out My hands to a disobedient and obstinate people.'" (Romans 10:19-21)

God went outside of the Jewish nation, not because He no longer loved them, but because:


(1) He was being merciful to all the other lost, pagan people groups of the world in offering them the way of salvation, and

(2) He desired to provoke the Jews to be jealous again for God's love, when they saw how great his mercy was.

Does this mean God is forever finished with the Jews? No! Many Christians today believe that God, in the very final days and after having thrown wide open the way of salvation for two thousand years to all the pagan (Gentile) people groups of the world, will bring back into the faith his beloved Jews, based on this passage from Romans 11:


"For I do not want you, brethren, to be uninformed of this mystery—so that you will not be wise in your own estimation—that a partial hardening has happened to Israel until the fullness of the Gentiles has come in; and so all Israel will be saved; just as it is written:

'The Deliverer will come from Zion, He will remove ungodliness from Jacob. This is My covenant with them, when I take away their sins.'

From the standpoint of the gospel they are enemies for your sake, but from the standpoint of God’s choice they are beloved for the sake of the fathers; for the gifts and the calling of God are irrevocable. For just as you once were disobedient to God, but now have been shown mercy because of their disobedience, so these also now have been disobedient, that because of the mercy shown to you they also may now be shown mercy. For God has shut up all in disobedience so that He may show mercy to all." (Romans 11:25-32)

Do you know any Jews? Keep telling them this, and keep praying for them. God is not done with them yet.


The Forbidden Chapter in the Tanakh

Even today, there is evidence that God is once again moving among the Jewish people. The video at the link below is entitled "The Forbidden Chapter In The Tanakh" and refers to the 53rd chapter of the book of Isaiah. The 53rd chapter in Isaiah is referred to as "forbidden" not because this passage has been deleted from the Jewish Old Testament (Tanakh), but because it is removed (forbidden, hidden away) from the regular readings in the synagogues today. But why? More on the "why" later; for now, please just take a few minutes to watch this video, which is linked in the caption of the picture below. It is very encouraging.


Isaiah 53 clearly prophesied a Messiah to come, a Messiah who would suffer and die (make atonement) for the sins of His people.  From Isaiah 53:


"He has borne our griefs and carried our sorrows." (verse 4)

"He was pierced for our transgressions; he was crushed for our iniquities." (verse 5)

"Upon him was the chastisement that brought us peace, and with his wounds we are healed." (verse 5)

"But the Lord has caused the iniquity of us all to fall on him." (verse 6)

"By oppression and judgment he was taken away; and as for his generation, who considered that he was cut off out of the land of the living, stricken for the transgression of my people?" (verse 8)

"When his soul makes an offering for guilt, he shall see his offspring; he shall prolong his days." (verse 10)

"By his knowledge shall the righteous one, my servant, make many to be accounted righteous, and he shall bear their iniquities." (verse 11)

"He bore the sin of many, and made intercession for the transgressors." (verse 12)

Today's Jews reject this understanding of the Messiah, and which Isaiah 53 proclaims in plain language. But you have just read it for yourself. Does it not say that a servant (Isaiah 52:13) will come forth, and will make atonement for sinners?

Another view is that the person referenced in this passage referred only to the human, infant son of the king ruling at that time. But how can a mere human make a substitutionary atonement for sinners, as this passage from Isaiah states? We know by plain common sense that an ordinary human being can't offer up his life as atonement for other people's sins, right?

However, because Isaiah 53 is so controversial within Jewish circles, this passage is deleted from the regular readings in the synagogues. And those few Jewish leaders and writers who do try to address this passage are forced to twist and allegorize it in a way that doesn't even make sense. But just watch the Jews in the video above who are reading this passage for the very first time, without having their minds tainted with a skewed version of what this passage means. It means what it means! They can see that instantly.

Messiah Is Prophesied In Other Old Testament Passages

Prophesies about the Messiah were not just in Isaiah 53. Consider also Daniel 9, where it was prophesied that the person of the Messiah had to come before the second destruction of the temple (and that occurred in 70 A.D.).

This is the gospel message that the Old Testament tells: God had so much love for the humans He made in His own image that He used the Jews, the pagan people He chose out of all the pagan cultures of the world, to be His people, and through whom the Messiah, a Saviour, would someday come. He meant for the Jews to be a light to the nations. But He also knew beforehand that even though He (God) had given many, many prophecies that could only point to Jesus as the culmination of all of redemptive history, that the Jews would reject this Messiah. Their Messiah. Was this a horrible accident? No, it was so that God, in an almost infinite display of mercy, could then open up the gospel message to the rest of the world. But He's not done with Israel. One day He will enfold them back into His family, and they will again be sons and daughters of God.

Look at that beautiful video linked above. Jews who haven't been conditioned to twist themselves like pretzels and jump through hoops in order to allegorize Isaiah 53 into the nation of Israel know instantly, upon a plain reading of the passage, that it is describing and pointing to a person, not a nation. And that this Person had to, somehow, have the constitution to be able to withstand upon the Cross, in some mysterious way, the eternal hell of each and every person saved. This required a Person possessing a supernatural nature, because no-one who was only human could have borne that kind of suffering. And yet this Person also had to be human, in order to be mankind's representative. Jesus was both fully God and fully Divine. Adam represented us corporately in the Garden.....and he failed. Christ came and represented us corporately on the Cross.....and He did NOT fail.

God gave us the Law so that we would know what His standard for holiness was and is. It is perfection. It is not trying real hard to be good enough. It's not hoping that we have enough good deeds to offset our sins. It is not even just praying and asking for forgiveness. God set up a very specific way of approaching him in the Old Testament, and that was a sacrificial system whereby an animal was killed in place of the human who deserved death for his sin. God is holy-holy-HOLY, and sin is serious. God set up this system and gave us the Law so that no serious seeker could look at these things and say, God doesn't really think sin is a big deal. God doesn't really care how I approach Him. And besides, I am a good person. I have kept God's Laws perfectly. I don't need a Saviour. I can save myself.

And yet, Jesus accomplished on the Cross what God set out in eternity past to do, and that was to atone for sins, so that those stained with sin could be cleansed, washed clean, made holy and righteous in God's eyes.


"'Come now, and let us reason together,' says the Lord. 'Though your sins are as scarlet, they will be as white as snow; though they are red like crimson, they will be like wool.'" (Isaiah 1:18)

It takes humility to look at one's own heart and admit that no good thing dwells there. That you need a Saviour. But run to Him today! Believe on Christ, as the sinless, perfect One who lived a pure life of righteousness on your behalf, in order to give himself up as your ransom. Will today be the day of salvation for you?  The Bible closes with a beautiful plea, and a promise; a plea, to come, freely, and take what the Lord offers. You don't have to pay a price, and if you did, you couldn't afford it. Jesus paid the price on your behalf.

"And behold, I am coming quickly. Blessed is he who heeds the words of the prophecy of this book.” (Rev 22:7)

What Is Progressive Revelation? (Got Questions?) 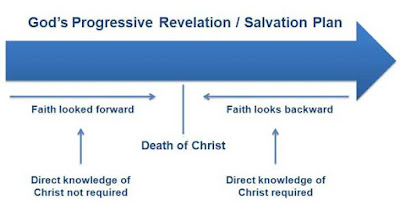 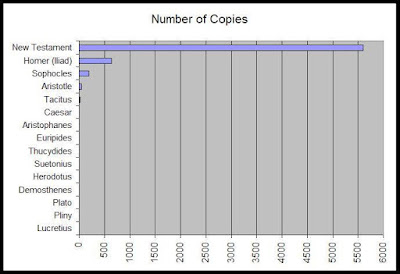 Discrepancies Between the Gospel Accounts? Not So Fast..... (Answers in Genesis)
Posted by Christine Pack at 8:00 AM