Your Futile Opposition To Christ


“Therefore God has highly exalted him and bestowed on him the name that is above every name, so that at the name of Jesus every knee should bow, in heaven and on earth and under the earth, and every tongue confess that Jesus Christ is Lord, to the glory of God the Father.” (Philippians 2:9-11) 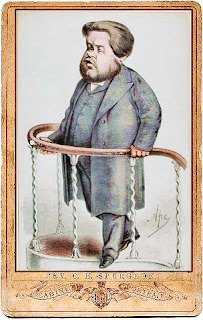 “In the days when persecution was more public than it is now, many persons were guilty of being informers against the Puritans, or the Quakers; their deaths were in many cases appalling, not because of any peculiar pains they endured, but because their persecutions came up to their memory in their last moments, and some of them could not rest for crying out and making acknowledgment of the injustice that they had done to good men in hunting them into prisons for worshipping God.

If any of you do not believe in Jesus, and will not be saved by him yourselves, I would recommend you to let him and his people alone, for if you oppose him you will be the losers, he will not. Your opposition is utterly futile; like a snake biting a file you will only break your own teeth. You cannot hurt the church, nor hurt the word of God. Perhaps your very opposition is one cog in the wheel to urge it on. If the thing be of God it is in vain that you fight against it. Be as wise as Haman’s wife when she warned her husband that if Mordecai was of the seed of the Jews, before whom he had begun to fall, it was no use to take up the cudgels against him. This warning he proved to be true when he was hung upon the gallows fifty cubits high. To oppose the seed royal of heaven is of no use whatever, but ensures ruin to those who engage in it.”


Charles Haddon Spurgeon, from his sermon
“Jesus, The Stumbling Stone of Unbelievers”
Posted by Christine Pack at 12:57 PM