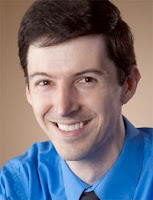 Dr. Jason Lisle of Answers in Genesis does a great job on a recent program of refuting those who would argue against the existence of God and the biblical account of creation.  Dr. Jason Lisle, an astrophysicist with a PhD, refutes the evolutionary account of origins, using his strong science background.

Dr. Lisle starts out by quoting Dr. Werner Gitt, one of the world's foremost experts in Information Science, who has said:


"There is no law of nature, no known process and no known sequence of events that can cause information to originate by itself in matter."

And that's just the start. Give this program a listen and see if Dr. Lisle doesn't open your eyes to the problems with Darwinian evolutionary "science."

And just as a side note......I absolutely love the work they're doing over there at Answers in Genesis.  They have some of the brightest and best minds of today on staff, and they are literally turning on its ear the argument that anyone who believes in Young Earth creation simply can't be very educated.  I think when the atheists, the secular humanists and the Darwinian scientists wake up at night grinding their teeth it's because they've been having nightmares about AIG. The thing I absolutely love about AIG is that they have burst onto the scene in such a major way and have become such a burr under the saddle for people who want to "scientifically reason away" a sovereign Creator God. Answers in Genesis just simply won't let them.

Fighting For The Faith Radio Program with Dr. Jason Lisle

Fighting For The Faith

Some Modern Scientists Who Have Accepted the Biblical Account of Creation
Posted by Christine Pack at 5:35 PM