(For fuller information on the aspects of Yoga, such as pranayama, the asanas, kundalini, and other areas, please see the CANA website articles on Yoga. Links are below under “CANA Resources.”) 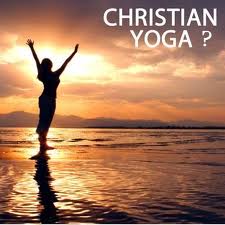 I am being contacted by more and more Christians who are seeing Yoga in the church, sometimes as “Christian Yoga,” sometimes under a name like “Mind Body Spirit” or a more innocuous name. The bottom line is that whoever is teaching these Yoga classes has likely been trained and tested in accordance with standards set by a larger Yoga organization, like the Yoga Alliance.

Those teachers who pass the test can register with The Yoga Alliance. On its website, the Yoga Alliance states that in 1999, the Alliance “established a national Yoga Teachers' Registry to recognize and promote teachers with training that meets our minimum standards. Teachers who meet these standards are eligible to register as Registered Yoga Teachers (RYT®s). In 2005, in conjunction with enhanced and revised standards for registration, we began recognizing and registering teachers with significant teaching experience in addition to training. These teachers can register as Experienced Registered Yoga Teachers (E-RYT®s).” (Online source)

One of my articles on Yoga on my website discusses an organization that trains Yoga teachers called YogaFit. In my article, I pointed out the Eastern spirituality being taught to the teacher trainees, and how the Eastern terms are disguised for the general public taking classes. YogaFit, it turns out, offers training in accordance with the standards of the Yoga Alliance. 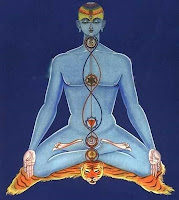 The Yoga Alliance training “[i]ncludes asanas, pranayamas, kriyas, chanting, mantra, meditation and other traditional yoga techniques.” Right away, we can see that this not “just exercise.” (Online source)

Pranayama is the Hindu term for the breathing techniques, which are often merely called “breathing exercises.”  In Yoga (and Hinduism), prana is believed to be a “divine breath” which cleanses spiritually and causes spiritual alterations.  Doing pranayama is not merely for physical reasons, but principally for spiritual ones. It also induces a meditative state. Since the purpose of Hatha Yoga, the form of Yoga most popular in the West and what is marketed as exercise, is primarily is to prepare one for deeper meditation in more advanced Yoga, this is not surprising.

Kriya in terms of yoga training means “cleansing” and the purpose of these exercises are “to cleanse the internal organs and thereby create harmony between the major pranic flows, Ida and pingala, and attaining physical and mental purification and balance” (Online source).

“Pranic” refers to prana.  Ida and pingala are part of “subtle channels” (i.e., invisible) in the body through which energy flows. One of the Kriya exercises has to do with breathing alternately through the right and left nostrils such that energy moves through these two channels (when in the New Age, I did these exercises). Ida is the left channel and associated with the same properties as Yin in Taoism; pingala is the right channel (same properties as Yang).   This diagram depicts these two channels.

{Kriyas also refer to spontaneous movements or vocalizations associated with the “pranic energy” and the awakening of the kundalini, the alleged energy coiled at the base of the spine, but in this context, refer to the exercises and cleansings noted above).

Mantras are words or phrases which one repeats while meditating. Not only can a mantra act as a tool for self-induced hypnosis, but it also allegedly has a spiritual effect on the person chanting or repeating it. Many mantras are the names of Hindu deities. Some say “I bow to Patanjali” (Patanjali is a semi-mythical figure generally credited with organizing the system of Yoga) or “I salute the Sun.” (Online source, mantras).

Meditation is Eastern meditation, a technique used to bypass thinking. Hinduism (and Buddhism) believe that the mind is a barrier to grasping “true” reality and realizing the true Self (which in Hinduism is the Atman, the divine self).  This type of meditation suspends judgment and critical thinking and opens the mind to any influence that enters. (See article on Eastern meditation below.)

The training not only entails a study of the physical body (which is fine) but also “energy anatomy and physiology (chakras, nadis, etc.).”

Energy in this context has to do with Kundalini and/or Shakti, both invisible energies connected to all forms of Yoga.  Kundalini is the invisible energy coiled at the base of the spine which is to rise through the invisible chakras (wheels of energy) in order to awaken one to enlightenment.  Shakti is the primordial cosmic energy.

The Nadis are invisible channels of Kundalini energy in the body which connect to the nostrils. Breathing through each nostril separately is a cleansing technique (see Kriyas).

Additionally, the website states that there is study of “yoga philosophies.” Thought it’s not specified, this undoubtedly includes Hindu beliefs.

The 2011 Yoga Alliance Annual Conference offered a number of sessions for attendees. These includes sessions on meditation, mantras, mudras (mudras are hand positions often depicted by Hindu deities and said to enhance the pranic flow), the “sacred spine,” and the Bhagavad Gita, the most famous Hindu text. (Online source)

The Yoga Alliance is no wishy-washy organization trying to dumb down the Hindu roots of Yoga. As I’ve said many times, anyone who has been trained to teach Yoga has had Hindu teachings, or at the very least, Hindu-tinged New Age teachings.

If you have a teacher at your church teaching “Christian Yoga” or “Sacred Movements” or whatever the name might be, and she or he has been registered by the Yoga Alliance, this information may be helpful if you decide to meet with your elders or pastors to question the introduction of Yoga into your church.

If the teacher has been trained by another outfit or is certified by another Yoga organization, find the website and check it out.


“In short hatha yogis found that the processes and techniques of hatha yoga produced a genuine purification which positively affected the body, the nervous system, the brain, the mind -- opening up man’s heart and eventually opening up the previously blocked channels between heaven and earth – between spirit and nature – between mind and body – crown chakra and root chakra, and the like. Dormant evolutionary circuitry were unearthed, resurrected, and opened up, activated, and integrated.” (Online source)

“In the Indian tradition, Hatha Yoga is one of the four main traditions of Tantra Yoga. Hatha Yoga is first of all concentrating on the practice of postures (asanas) and breath control (pranayama) to energize the subtle channels (nadis). Thus one might say Hatha Yoga concentrates on the third and fourth steps of the eight-fold path of Ashtanga Yoga. The objective of Hatha Yoga is obviously to remove the obstacles to address the further steps of Pratyahara (sense-withdrawal), Dharana (Concentration), Dhyana (Meditation) and Samadhi (Balance). In many Hatha Yoga schools, these further steps are seen as part of Hatha Yoga.” (Online source)

“Hatha is also translated as ha meaning "sun" and tha meaning "moon." This refers to the balance of masculine aspects—active, hot, sun—and feminine aspects—receptive, cool, moon—within all of us. Hatha yoga is a path toward creating balance and uniting opposites. In our physical bodies we develop a balance of strength and flexibility. We also learn to balance our effort and surrender in each pose. Hatha yoga is a powerful tool for self-transformation. It asks us to bring our attention to our breath, which helps us to still the fluctuations of the mind and be more present in the unfolding of each moment.” (Online source)

“Exercising postures or Asanas in Hatha Yoga has two essential objectives. The first is that to practice any real meditation, one needs at the least one posture in which one can be perfectly comfortable for a longer period of time. The more such postures one can master, the better the basis for developing the inner meditation techniques. The second objective of exercising asanas in Hatha Yoga is to bring health and energy to body and mind by opening the nadis.” (Online source)

“At the beginning of each yoga class, in order to raise the room's energy as well as to relax, focus and uplift our mind, we recite some mantras. These mantras come from the ancient, sacred Sanskrit language of Sanskrit. Through their repetition we invoke the spiritual powers of the following deities: Ganesha, Subramanya, Saraswati, the Guru, and Durga Devi.” (Online source)

Yoga: From Hippies to Hip

Out of Your Mind: Meditation and Visualization
Posted by Christine Pack at 11:54 AM