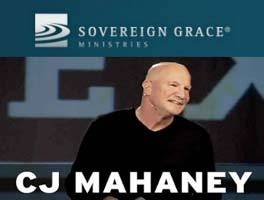 
“I chose to be here. Nobody forced me.......(Mahaney's) a pretty persuasive guy, but I really, really wanted to be here, and therefore the opportunity arose and I snatched it, and I’m thankful for it.” (online source)

Former SGM leader Brent Detwiler was recently interviewed on the Janet Mefferd radio show regarding the class action suit against SGM. That interview can be listened to in its entirety here.

I would like to point out that this is not a situation of one, two or three cases......this is a class action lawsuit, involving many different families. And also, the issue is not over insignificant matters (i.e., administrative issues). These are situations involving children alleged to have been sexually molested. Having watched, as an unbeliever, while the Roman Catholic Church attempted for decades to veil their in-house attempts to "handle" the rampant pedophilia within their ranks, it is my desire, at the very minimum, that leaders known to have close connections with Mahaney to at least publicly urge for transparency as this case moves forward. I'm not in any way asserting that Sovereign Grace is an organization filled with covered up cases of pedophilia, but at the same time, shouldn't SGM/Mahaney be seeking to be as transparent as possible? And giving more information, rather than less? One would think so, but in reality, SGM is claiming, according to Christianity Today, that the courts should not be "second-guessing" their in-house handling of these cases. In my opinion, SGM/Mahaney are being hurt, not helped, by their strategy to claim infringement of First Amendment rights in the handling of these sex abuse cases:


"SGM believes that allowing courts to second-guess pastoral guidance would represent a blow to the First Amendment that would hinder, not help, families seeking spiritual direction among other resources in dealing with the trauma related to any sin including child sexual abuse," Tommy Hill, SGM's director of administration, said in a November 14 statement. (online source)

It also seems clear to me that Mahaney's Christian brothers have an obligation to exhort their friend and brother in Christ to do the right thing in this matter. Perhaps they are doing this privately, but my wish is that this would be done publicly as well, as this is a public court case being played out for all the world to see. I certainly think that Mahaney's brothers in Christ could strike the right note of biblical hopefulness ("Love hopes all things" 1 Cor 13:7), while at the same time exhorting Mahaney and Sovereign Grace Ministries to biblical honesty and transparency.

I recognize that false accusers can form class action lawsuits. I also understand from Scripture that there will come a time when the whole world will turn against Christianity, and I suspect that there will likely be court cases involved in how that plays out. I do get that. For instance, I observe a growing hostility against Christians who won't accept the same sex marriage agenda or the push to normalize the LGBT community, with media reports that portray Christians as bigoted, homophobic, unloving, intolerant, etc., etc. I am also observing a growing hostility against homeschooling because the secular humanists seem to grasp that many of those holding out against the secular agenda are within that community. So I suspect that there will be lawsuits along those lines in the coming months and years as this world, and our country, spiral deeper and deeper into depravity (see Romans 1:18-32). With all this in mind, and knowing that the world is watching, I think this matter with Sovereign Grace Ministries/CJ Mahaney could and should be handled in such a way that we give the benefit of the doubt, and yet also give a clear call for transparency.

Mahaney Gets Support From John Piper