Is Dallas Willard A Universalist? 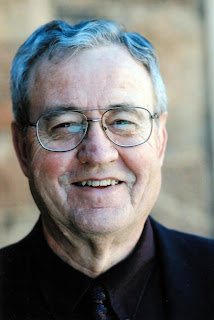 Dallas Willard and popular author John Ortberg have teamed together to create a new product being launched right now called Monvee.  What is Monvee? Monvee, which bills itself as "the future of spiritual formation," is an online assessment tool that is used to "handcraft" a personalized plan for spiritual development for its participants.  That sounds great, except that there's a problem.  And that problem, one of them anyway, is Dallas Willard.

Dallas Willard, for those who don't know him, has been a darling of the evangelical world for years.  He has been a prolific writer in Christendom, churning out very popular books such as The Divine Conspiracy (Christianity Today's Book of the Year in 1998), The Spirit of the Disciplines, Hearing God, Renovation of the Heart, and, most recently, The Great Omission.  But Dallas Willard, though he is identified as an evangelical, is anything but orthodox in his views.  In a recent interview, Willard made these shocking statements:


“Now, I believe that everyone who deserves to be saved will be saved no matter where they are or what they do.”

And then on Dallas Willard's own website, he makes this universalist statement:


"I am not going to stand in the way of anyone whom God wants to save. I am not going to say ‘he can’t save them.’ I am happy for God to save anyone he wants in any way he can.  It is possible for someone who does not know Jesus to be saved."

In these statements, Dallas Willard - a professing Christian, might I remind you - is making the classic argument put forward by all skeptics who don't want to believe Jesus when Jesus said these words: "I am the way, the truth and the life, no-one comes to the Father but by me."  And that argument is this: what about the "good Buddhist" or the "good atheist?" I know that it feels good and more loving to think that God will save people, who to our eyes anyway, appear to be good, decent, moral people.  Our error comes when we view this problem with human eyes, and not with God's eyes.  More importantly, we use our own standards for "good" to gauge a person's "goodness" or "worthiness" rather than God's holy standard. 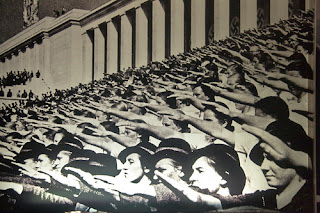 The problem with that is that our human standards are notoriously fickle and self-serving.  After all, Hitler thought he was a good and moral person. Now, I'm purposefully using Hitler as an example here because he has come to be such an iconic figure for the personification of monumental evil.  I agree that he was monumentally evil, but what most people don't realize is that this universal understanding of his evilness only came about after World War II.  The truth is that, in his day, Hitler was loved and adored. Adoring crowds cheered his speeches, women fainted, children timidly offered bouquets.  Hitler was also a very pragmatic leader.  Along with getting rid of all those "filthy Jews," he cleaned up the streets and made the trains run on time.  Hey, what's a little mass murder when someone can make good time getting to Stuttgart?  It wasn't until the discovery of the concentration camps by the liberators that everyone shrank back in horror from him and he became the iconic, universal figure that we point to when we are struggling to describe evil of great magnitude.

So clearly, human judgment for what is good and what is evil simply cannot be trusted.  There is a higher truth, a higher standard, and that standard is given by God.  While we might struggle to understand why someone who is not a Christian, but whom we know and care about, would be cast into hell for refusing to  repent and bend the knee to Christ in humble submission, we know that we must not formulate our own doctrines (like Dallas Willard's brand of Universalism) to make this make sense.  We must go to Scripture, we must trust in the LORD with all our hearts, leaning not on our own understanding, but acknowledging him in all our ways....and only then will our paths be straight. (Prov 3:5-6)  My pastor often makes the statement: "We are reformed, always reforming."  Meaning, we all have gaps in our theology, but we don't "close the gaps" with our own man-made wisdom....we allow Scripture to "reform" our thinking.  Let's say there is something that I hold as a "truth," something that I think has guided me faithfully for years.  I love this truth, I embrace it, I speak about it to others, it has value to me.  And let's say that in ongoing Bible study, one day I realize this "truth" to be in error.  What happens to this "truth?"  Bye-bye, is what happens to it.  It has to go.  It's been great knowing you, dear "truth," but I have something better: God's truth.  Scripture.

Let me come right out and admit that Universalism was one of the "truths" that I loved and held to for many years.  I harbored it secretly in my heart as I grew up attending church, and then I let this truth run free as a young adult when I cast off my Christian upbringing and wholeheartedly embraced the New Age movement.  It seemed so much more tolerant and loving to repeat that postmodern, Universalist mantra: "All paths lead to God."  I was also working in an industry that attracted many homosexuals, some of whom I became friends with.  The biblical idea that these friends of mine would be damned for their sin was absolutely ludicrous to me.  Who could believe in such a God?  Moreover, who could love such a God?

What I have discovered in my own life, as I grow older and study the Bible more, is that the ideas I've come up with as I travel through life - which oftentimes have seemed so profound along the way - have always been shown for what they are in light of Scripture: Silly little nothings. Futile thinking. Vain imaginations. (2 Cor. 10:5, Rom 1:21-22).  I must reform my thinking in light of Scripture because I am a Christian.  I do not insist that its truths must "work" alongside mine.  I bow the knee in humble submission.

What I hear and read in Dallas Willard's articles and interviews is not a man who bows the knee in humble submission to God's word.  I see a man who tries to wear the cloak of Christianity and who uses Christian terminology, but whose core doctrines, when you get right down to it, are not Christian.  Not even close.  To which I say, fine, be who you are, only be it honestly.  If you believe what the pagans believe, go for it, knock yourself out, run wild in the streets with them.  Only, don't try to bring it into our churches.

So my final question is, if Dallas Willard is a Universalist, as it appears to me, where does that leave John Ortberg, his partner and co-creator of Monvee?  And what does that make Monvee.....a good thing or a bad thing?  We'll look at that in more detail in an upcoming post.

Is Dallas Willard A Christian?
Posted by Christine Pack at 12:19 PM