Christians and the Potential Dangers of Social Media 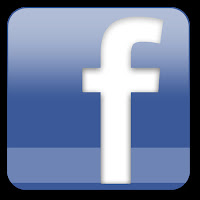 Recently on my Facebook page I posed this question:


Which of these scenarios would be MOST likely to harden the heart of a lost person peering into our Christian camp, and observing our inner workings:

(4) A Doctrinally Precise Blogger who publicly interacts with other Christians with malice and bitterness, and yet refuses to be reconciled?

The comments in response to this question proved to be very thought-provoking, and I will go further here and state that the reason I posed this question is because, while navigating the waters of Facebook, I have run into an issue I had not anticipated.  I'll get to that, but let me do a little background work first.


doc·trine, noun, \ˈdäk-trən\ - a codified set of beliefs accepted as authoritative by some group

Let me explain.  I had doctrine about "God" as a Hindu, as a Buddhist, and as a pagan (the three flavors of false religion that I kept circling back to as a lost person wandering the world seeking truth).  I believed all my beliefs very sincerely, but I was very sincerely wrong.  I was very sincerely deceived.  And on the Day of Judgment, I would have been standing there with my mouth hanging open, dumbfounded that what I had held to so dearly had been a lie, and that I was headed to hell.

So right doctrine about God is crucial. It is imperative for people to understand that there is a holy, sovereign creator God who made them, and to whom they are beholden.  This God is holy and perfect in every way, and because of this, sinful man cannot be in his presence without being consumed in flames, destroyed by God's holy wrath against sin. And right there is the great problem that all of mankind faces: how to find a way to enter into the presence of this holy God when there is a burden of sin that cannot be gotten rid of.  And what exactly is sin? We only need to look at the Ten Commandments to understand what sin is:

Do not bear false witness (#9)

These are laws that, if we are honest with ourselves, we have broken, not once or twice, but many, many times throughout our lives.  This is the sin debt that, unpaid, will cause us to be consumed in the presence of God.  But God in his infinite mercy made a way for wretched sinners to be reconciled to  a high and holy God.  He sent his Son Jesus, the God man who was born of a virgin, to live the perfect life that we could not live ourselves, and to then offer his own life up as a ransom for many (Matt 20:28, Eph 5:2).  He was tortured and crucified on a cross as a sacrifice for all who would repent and believe.  And the proof that this sacrifice was acceptable and pleasing to God was that Jesus rose from the dead after three days.  You see, He had done what none of us could do.  We've broken God's laws, and "the wages of sin is death" (Rom 6:23).  But because Jesus lived a perfect, sinless life, death could not hold him (Acts 2:24):


“Where, O death, is your victory?

For all those who humbly bend the knee and confess their sinfulness and need of a Savior, the Lord will graciously save and pardon.  And not only that, neither will death have victory over us. God promises to bring to heaven all those who have been reconciled to him through Jesus's sacrifice to live with him forever in heaven (1 Thess 5:10). This is amazing good news!  And these are the doctrines that are precious, true and life-giving.  Without knowing and understanding and bending the knee to these truths, people are doomed.

Which brings me back to the peculiar problem I have encountered on that infamous social media network known as Facebook.  I'll admit it, I went onto Facebook perhaps a bit naïve.  You see, I was found and "friended" by people on Facebook (if you're on FB, you know how it works) who made all the right "professions"and so I clicked "Confirm!" "Confirm!" "Confirm!" with great abandon.  How wonderful, I thought, to find such precious Christian fellowship...and on a social network, of all places!

But some of these newfound "friends," who at first blush appeared to be brothers and sisters in Christ began to do very confusing things.  Their "confessions of faith" were right.....but something was off.  They had every doctrinal i dotted and t crossed, but when they would show up on threads concerning doctrinal issues, they often proved to be contentious and mean-spirited. This shocked me!  And I wasn't quite sure how to handle it.  But more importantly, I knew this was not in keeping with the higher standard that Christians are called to: 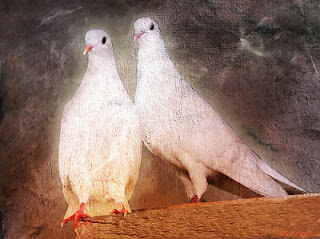 As someone who became a born-again Christian relatively late in life, I have many friends from my past who are dear to me and who I know are not saved. I have therefore purposefully made contact through Facebook with family members and old friends, MANY of whom are lost. And one of my reasons for doing this is so that I might be a witness to them, because I dearly love them and desire for them to be saved. I often post things that are clearly intended to provoke people into thinking through perhaps preconceived notions about Christianity, and hopefully, to start asking questions.

So, what happens when they start asking questions? I have to say that I have been deeply dismayed to have some of these FB friends who are professing Christians - and who have surgically precise doctrine -  show up with guns blazing, taking people apart with their words, when often, people are just asking questions.

This is why I wrote this note on Facebook, because this issue is near and dear to me.

Can we not contend for the faith with a loving and gentle spirit - even over doctrinal issues?


"We will speak the truth in love, growing in every way more and more like Christ, who is the head of his body, the church." (Eph 4:15)

"If anyone considers himself religious and yet does not keep a tight rein on his tongue, he deceives himself and his religion is worthless." (James 1:26)

"As a prisoner for the Lord, then, I urge you to live a life worthy of the calling you have received.  Be completely humble and gentle; be patient, bearing with one another in love. Make every effort to keep the unity of the Spirit through the bond of peace." (Eph 4:1-3)

"Those who belong to Christ Jesus have crucified the sinful nature with its passions and desires. Since we live by the Spirit, let us keep in step with the Spirit. Let us not become conceited, provoking and envying each other." (Gal 5:24-26)

"I therefore, a prisoner for the Lord, urge you to walk in a manner worthy of the calling to which you have been called, with all humility and gentleness, with patience, bearing with one another in love, eager to maintain the unity of the Spirit in the bond of peace." (Eph 4:1-3)

"You are the light of the world. A city on a hill cannot be hidden. Neither do people light a lamp and put it under a bowl. Instead they put it on its stand, and it gives light to everyone in the house. In the same way, let your light shine before men, that they may see your good deeds and praise your Father in heaven." (Matthew 5:14-16)

"Live such good lives among the pagans that, though they accuse you of doing wrong, they may see your good deeds and glorify God on the day he visits us." (1 Peter 2:12)

"Do everything without complaining or arguing, so that you may become blameless and pure, children of God without fault in a crooked and depraved generation, in which you shine like stars in the universe as you hold out the word of life." (Philippians 2:14-16a)

"Sincerity" The Most Important Thing?

A Word of Caution to Fire Starters
Posted by Christine Pack at 10:09 PM