Pastor Robert W. Glenn of Redeemer Bible Church in Minnetonka, MN has written a thoughtful critique of the very popular Christian movement WWJD?  WWJD? is a movement that began in the 1990s among evangelical Christians as an exhortation to Christians that they should act and live in a manner that demonstrates the love of Christ. Obviously, the desire among those who started this movement was for the Lord's name to be glorified by Christians heeding this exhortation to live mindfully and biblically in a lost and spiritually dark world. The movement manifested itself in all manner of items that bore the letters "WWJD?" (t-shirts, coffee mugs, plagues, bumper stickers, bracelets, etc.). So what on earth could be wrong with that? Well, I'm glad you asked. Pastor Robert Glenn's article below lays out a number of very thoughtful reasons why this movement is not just a harmless fad.

The fad may be over, but that doesn't mean the spirit of WWJD? isn't still alive and kicking. It is. And although it may sound pretty harmless, even helpful, I would suggest that the WWJD? mentality is more sinister than it may at first appear. Here are seven reasons: 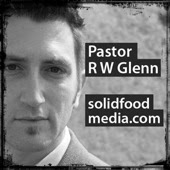 1.  It can turn Christianity into moralism. Now you might think, “Wait a second! God himself tells us to imitate Jesus in passages like 1 John 2:6.  How, then, can asking, 'What would Jesus do?'  turn Christianity into moralism?” Answer: because the question doesn't assume our undeserved acceptance through the gospel. In other words, if it is not clear to me that my call to ask “What would Jesus do?” is only Christian in light of what Jesus has already done, then my default mode will be to see the imitation of Christ as the means to God’s acceptance rather than a response to the truth that I am already accepted solely on the basis of what Jesus has already done for me on the cross.

3.  It can engender “Christian Bipolar.” If you embrace WWJD? as a summary of the gospel, then when you’ve had a “good” day, you’ll feel accepted by the Lord, and when you’ve had a “bad” day, you’ll feel rejected by him. Your sense of assurance will vary by the circumstances of your life, which makes for a very volatile relationship with God - something the heavenly father does not want for you. 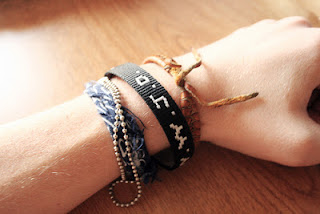 4.  It can breed feelings of insecurity and superiority. On the one hand, if your conscience is at all sensitive, you’ll come to realize that the idea of a good day or a bad day is a mirage; instead, you’ll have good minutes and bad minutes, which eventually will all turn into complete badness because you’ll always be able to find some way in which you did not love God with all your heart, soul, mind, and strength or your neighbor as yourself! And so you'll feel defeated and hopeless. On the other hand, if you're not so sensitive, and find that you are doing what Jesus did, you’ll tend to be very self-congratulatory and superior to people who just can’t seem to get with the program.

5.  It can enflame a sense of entitlement with God. Your "success" at doing what Jesus did can lead you to conclude that God owes you something: “What’s all this obedience for if God is still not going to give me a husband?”; “What’s the point of all my WWJD? if God doesn't rescue me from the financial trouble I’m in?” From here, you’ll find yourself very angry with God…and then you’ll rip your bracelet from your wrist and throw it in the garbage and say, “I’m done with ‘What would Jesus do?’! Now I’m gonna play a new game, ‘What would I do?'! And what I would do is have some fun for a change!"

6.  It can turn Christianity into a (sub-) culture: Wear this, do this, don’t do that…etc.  If you have the bracelet and wear the T-shirt, you are a Christian. And because we tend to identify Christians by what they say no to or what they wear or what magnet is on their car or whether or not they go to church regularly, we will stop preaching the gospel to an important group of people who desperately need it – people who think they're Christians because of what they wear, but in reality are not Christians at all!

7.  It can give people a false sense of assurance. “Since I prayed 'the prayer' and wear the WWJD? bracelet, then I must be a Christian. Who would wear something to call attention to his Christianity if he weren't really a Christian?" Answer: religious hypocrites.

Here's the problem: because WWJD? is a slogan, it tends to function as a distillation or reduction of Christianity, and as such, it does a very poor job.  If you were to sum up the Christian faith, it would not be, “What would Jesus do?” It would be: "What has Jesus done?" This, then, would drive our obedience and passion for being like Jesus. Considering what he's done for me, considering how much love he has shown me, how can I now do what I now know grieves and displeases him?  In other words, his love for me creates a proper sense of obligation – you feel compelled to live for someone who did so much for you.

photo credit: DylanHartmann.com via photopin cc
Posted by Christine Pack at 10:27 AM