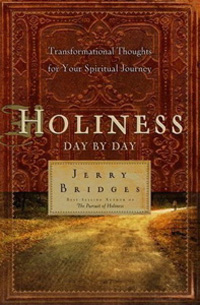 "While Jesus hung on the cross, darkness came over the land from noon until three o'clock. During those awful three hours, Jesus drank the cup of God's wrath in our place—the cup that we should have drunk. He drained it to its dregs.

We do not know all that transpired during those terrible hours. Scripture draws a veil over them for the most part. We do know that the physical suffering Jesus endured was only a feeble picture of the suffering of his soul. And part of that suffering was the very real forsakenness by his Father. Toward the end of that time he cried out, "My God, my God, why have you forsaken me?" (Matthew 27:46). The night before, he had been strengthened by divine assistance (Luke 22:43), but now he was left alone. God turned his back on his own dearly loved Son.

We can perhaps better understand what transpired that day by considering Paul's words in 2 Corinthians 5:21: "God made him who had no sin to be sin for us, so that in him we might become the righteousness of God" (NIV). Christ was "made sin" for us by a judicial act of God; he charged the guilt of our sin to Jesus.

However, we must always keep in mind the distinction between Christ's sinlessness in his personal being and his sin-bearing in his official liability to God's wrath. He was the sinless sin-bearer. Though officially guilty as our representative, he was personally the object of the Father's everlasting love and delight.
Should this not make us bow in adoration at such matchless love, that the Father would subject the object of his supreme delight to his unmitigated wrath for our sake?"

- Jerry Bridges, Holiness Day By Day
Posted by Christine Pack at 10:50 AM