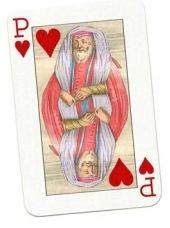 I have been called a Pharisee more times than I can remember. It goes with the territory. I host a conservative Christian radio talk show. I publicly defend the teachings and practices of the historic Church. I also publicly point out false teaching and practices in the Church today. For these reasons alone, some believe that I deserve to be called a Pharisee.

But I’m not alone. Today, the label “Pharisee” is applied to many Christians just like me—perhaps you’re one of them. We are Christians who cherish God’s Word, the Church’s historic Creeds, confessions and practices. When we see the Church abandoning these things to follow the latest fads and entertainments, we lament. When we see the Gospel itself being left behind in the Church’s rush to mimic popular culture, we are grieved. And when we question the Church’s infatuation with the spirit of the age, we are labeled Pharisees.

Just as politicians and pundits play the Race Card or the Gender Card, many in the Church are playing the “Pharisee Card.”

Why did Jesus so often condemn the Pharisees? Was it because (as those who play the Pharisee Card assume) the Pharisees were ultra-conservative doctrinal purists, with no love for the lost? No.

Were the Pharisees Concerned With Doctrinal Purity?

The only problem is, Jesus never faulted the Pharisees for being doctrinal purists. He faulted them for being false teachers who abandoned the truth of God’s Word in favor of the erroneous word of man (Matthew 16:11–12; 15:1–9; Mark 7:6–13).

Were the Pharisees Resistant To Change?

The Pharisee Card is also played in order to discredit Christians who refuse to abandon the historic practices of the Church in favor of the latest innovations. This too works beautifully. Those dealing the Pharisee card know that, to avoid being labeled a Pharisee, many Christians will tolerate an endless succession of fads in worship, music, and ministry. But Jesus never faulted the Pharisees for resisting change. On the contrary, He faulted them for introducing their own innovations and methods in the place of God’s Word.

Dealers of the Pharisee Card will cite Luke 5:36–39 in favor of their own innovations:


And He was also telling them a parable: “No one tears a piece from a new garment and puts it on an old garment; otherwise he will both tear the new, and the piece from the new will not match the old. And no one puts new wine into old wineskins; otherwise the new wine will burst the skins, and it will be spilled out, and the skins will be ruined. But new wine must be put into fresh wineskins.”

Was Jesus calling for wholesale change, or warning against it? The new patch ruins the garment. The new wine bursts the wineskins. The context of the parable is a discussion of fasting. Rather than advocating the abandonment of this ancient practice, Jesus instead taught that ancient practices must now be understood and practiced in light of Him and His redemptive work.

Jesus didn’t condemn the Pharisees for retaining ancient paractices, or for resisting change; rather, Jesus concluded the parable by saying, “And no one, after drinking old wishes for new; for he says, ‘The old is good.’”

Were the Pharisees Unconcerned For the Lost?

Christians who demand doctrinal purity and resist compromising change are often accused of being Pharisees with no love for the lost. This is probably the most common use of the Pharisee card today. Those who like to play the Pharisee Card know that Christians will put up with almost anything in the name of missions and evangelism, in order to avoid being called Pharisees.

But Jesus never faulted the Pharisees for being unconcerned for the lost. On the contrary, He said:


Woe to you, scribes and Pharisees, hypocrites, because you travel about on sea and land to make one proselyte; and when he becomes one, you make him twice as much a son of hell as yourselves. (Matthew 23:15)


For I bear them witness that they have a zeal for God, but not in accordance with knowledge. For not knowing about God’s righteousness, and seeking to establish their own, they did not subject themselves to the righteousness of God. (Romans 10:2–3)

And Paul spoke from experience. As a former Pharisee, his missionary zeal took him far and wide as a persecutor of the first Christians (Acts 9:1–2; Philippians 3:6).

The Pharisees’ error was not a lack of missionary zeal; it was that their false teaching (however zealously preached) damned rather than saved.

The irony is that those most often called Pharisees in the Church today are those most concerned about the lost, and therefore preaching the pure Gospel to them.

The power of the Pharisee Card is based on the mistaken idea that those unwilling to compromise in doctrine and practice are the modern-day counterparts of the ancient Pharisees. This idea has no basis in fact.

Why Did Jesus Really Condemn the Pharisees?

So if Jesus never condemned the Pharisees for bring ultra-conservative doctrinal purists with no love for the lost, why did He condemn them?

The Pharisees taught that salvation was the result of God’s mercy plus man’s obedience. They reduced the faith of Abraham, Isaac, and Jacob to a system of do’s and don’t’s. In this sense, the Pharisees were the inventors of what we call today “rules for living,” and the first preachers of “how-to” sermons.

Jesus condemned the Pharisees for softening the demands of the Law. Because they taught that human works contributed to salvation, the Pharisees had to make the Law more “user-friendly.” The Pharisees diluted the Law’s requirement of perfect obedience with manageable human rules that could be kept (Matthew 5:17–48).


He also told this parable to certain ones who trusted in themselves that they were righteous, and viewed others with contempt: “Two men went up into the temple to pray, one a Pharisee and the other a tax-gatherer. The Pharisee stood and was praying thus to himself, ‘God, I thank Thee that I am not like other people: swindlers, unjust, adulterers, or even like this tax-gatherer. I fast twice a week; I pay tithes of all that I get.’ But the tax-gatherer, standing some distance away, was even unwilling to lift up his eyes to heaven, but was beating his breast, saying, ‘God be merciful to me, the sinner!’ I tell you, this man went down to his house justified rather than the other; for everyone who exalts himself shall be humbled, but he who humbles himself shall be exalted.” (Luke 18:9–14)

The Pharisees trusted their own obedience and moral progress. In this sense, the Pharisees were the original proponents of the victorious life.

Jesus condemnation of the Pharisees had nothing to do with doctrinal purity, resistance to change, or lack of missionary zeal. It had everything to do with the false hope of human obedience.

Who are the real Pharisees today? You are. I am. You, me, and every sinner—but not in the way that the players of the Pharisee Card say we are.

All of us are more willing to trust our own obedience than trust the perfect obedience of Jesus Christ. All of us soften the Law’s perfect demands so that we can say we’ve kept them. All of us are therefore inclined to hypocrisy and self-righteousness. All of us are natural-born Pharisees.

Now, if someone wants to call me a Pharisee for that reason, I will gladly and repentantly be called a Pharisee.

Some say that the pure Gospel is an impossible dream. I disagree. I hear it preached every week—more often than not by those Christians who are wrongly labeled Pharisees.

Posted by Christine Pack at 8:08 PM