Rob Bell In His Own Words on the Inerrancy of Scripture


"...it wasn't until the 300s that what we know as the sixty-six books of the Bible were actually agreed upon as the 'Bible'. This is part of the problem with continually insisting that one of the absolutes of the Christian faith must be a belief that "Scripture alone" is our guide. It sounds nice, but it is not true. (“Velvet Elvis,” my emphasis, p 67)

"The Bible is a human product, rather than the product of divine fiat." (Christianity Today interview, "Emergent Mystique")

The Bible is divinely inspired, and was written by men under the inspiration of the Holy Spirit.  That means that it is inerrant and infallible, and that every word is true. Every word is God-breathed and given to us plainly and clearly so that we may know what God, the Creator, requires of us, his creation.  God himself tells us that "I have not spoken in secret, In some dark land..." (Isaiah 45:19) and "Come near me and listen to this: From the first announcement I have not spoken in secret..." (Isaiah 48:16)


All Scripture is breathed out by God and profitable for teaching, for reproof, for correction, and for training in righteousness.... (2 Tim 3:16)

Now the serpent was more crafty than any of the wild animals the LORD God had made. He said to the woman, "Did God really say, ‘You must not eat from any tree in the garden’?” The woman said to the serpent, “We may eat fruit from the trees in the garden, but God did say, ‘You must not eat fruit from the tree that is in the middle of the garden, and you must not touch it, or you will die.’” “You will not surely die,” the serpent said to the woman. “For God knows that when you eat of it your eyes will be opened, and you will be like God, knowing good and evil.” When the woman saw that the fruit of the tree was good for food and pleasing to the eye, and also desirable for gaining wisdom, she took some and ate it. She also gave some to her husband, who was with her, and he ate it. Then the eyes of both of them were opened, and they realized they were naked; so they sewed fig leaves together and made coverings for themselves. (Genesis 3:1-7, my emphasis) 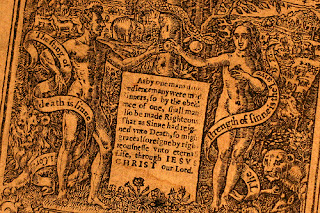 How Important Is The Inerrancy of Scripture?


What Is The Emerging Church Movement and Why Is It Dangerous?
"Love Wins" the Smoking Gun That Proves Rob Bell is a "Christian Universalist"

How Rob Bell's Theology Works In the Real World
Is Rob Bell A Universalist?  Yes and No.

Meeting at Mars Hill Bible Church Over Rob Bell's New Book
Jesus Gave Us Almost All We Know About The Doctrine of Hell
What Is A "Christian Universalist" (Besides an Oxymoron)?

What Is the "Wider Mercy" Doctrine?

Rob Bell and Shane Hipps: Blood on Their Hands