Read the rest of our series here:

PART 3 - Christians and Conspiracy Theories (Dark Times, Truth, Lies and Where Christians Should Put Their Focus)

We understand that there are conspiracy theory ministries who are doing what they think is right, and that, for them, that involves decoding conspiracies and showing Christians that symbols are spiritually compromising them and indoctrinating their children into evil. 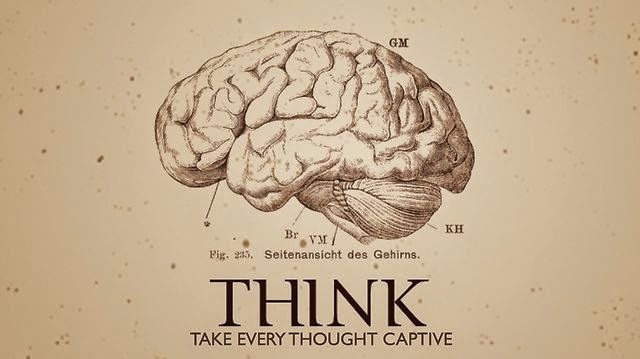 We are equally passionately about our position, which we believe is the biblical one. We believe we fight this spiritual battle first and foremost by contending for truth (Jude 1:3) and by contending against arguments and vain speculations raised up in opposition to the Lord.

We also believe it is important to warn Christians against putting undue focus on things we're not commanded to. Scriptures by which we are constrained in this area are Ephesians 6:17, Colossians 2:8 and 2 Corinthians 10:3-5:


"Take the helmet of salvation and the sword of the Spirit, which is the word of God." (Ephesians 6:17)

"For though we walk in the flesh, we do not war according to the flesh, for the weapons of our warfare are not of the flesh, but divinely powerful for the destruction of fortresses. We are destroying speculations and every lofty thing raised up against the knowledge of God, and we are taking every thought captive to the obedience of Christ." (2 Cor 10:3-5)

We don't deny that symbols exist. We don't deny that symbols mean certain things to certain people. But just as we cannot know why someone might wear a cross without asking them, we cannot know why they are wearing a different symbol unless we ask them. So instead of spending hours researching the possible meanings, one can simply ask. The meaning of symbols change over time and therefore aren't a fixed reference. What a person believes, confesses, and lives out is what matters. Symbols have no inherent power. Period.

Satan doesn't work his evil through symbols. He works his evil through ideas that are conveyed with words. You don't witness to a lost person ensnared in evil by giving them a dissertation on symbols and the Illuminati. Neither will you find any model or command for that anywhere in scripture. You convey to them, with words, the truth of Jesus Christ and him crucified for the forgiveness of sins.

And when a person is saved, they will leave their wickedness behind on their own accord, in the same way that as a new believer, I (Christine) gathered up 3 garbage bags full of occult materials that I had in my house and destroyed them. I didn't destroy them because they had inherent power, but because they were part of a life that belonged to a person I no longer was. I was born again, with new beliefs, and new desires. The old was gone, and the new had come.

We urge Christians not to waste time researching symbols and their supposed connections to (alleged) secret societies on fearmongering conspiracy websites that are sensationalistic and only feed the flesh, only to reach conclusions that are already explicitly stated in scripture: people are born wicked and are in the kingdom of darkness and are the children of Satan and enslaved to him and to sin. They will remain in this state until they hear the gospel and are converted and transferred into the Kingdom of light. And when souls are saved, those new believers will leave behind the trappings of the world of their own accord.

Ours is not a battle of flesh and blood, but of truth, ideological truth, which we must use words to communicate. Simply put, we preach Jesus Christ and him crucified for the forgiveness of sins, and this for the salvation of souls, and to the glory of God.