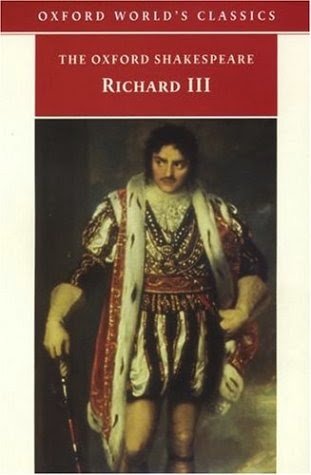 I hope that anyone reading our articles or seeing our online commentary about Mark Driscoll, the Mars Hill megachurch pastor who recently resigned under fire for documented instances of plagiarism, public lies and spiritual abuse, understands that we take absolutely no pleasure in Driscoll's meltdown, and the implosion of Mars Hill. I (Christine) remember liking Driscoll's sermons back in the first few years of my Christian walk. Piper had recently keynoted him at Desiring God and Todd Friel at Wretched occasionally featured his sermons. He taught a lot of good things there for a season. But Driscoll reminds me of one of those great Shakespearean characters, a character who, though powerful and compelling, has a tragic flaw. Shakespeare was masterful at creating these larger-than-life characters; the character was often a hero or sympathetic character, but he had this flaw, one which everyone else around him was aware of, including you as the audience. And you would find yourself while reading it or watching a play almost wanting to shout at the character, Stop, please just STOP!! Don't you see how your (fill-in-the-flaw) is about to destroy your world? But that's the thing about our blindspots, we can't see our own. That's why I have a few people in my life that I tell on a semi-regular basis, hey, tell me what I can't see about myself. Don't let me fall into some profound sin because of something I'm too blind or dumb to see. And I'm not saying that I'm so great in doing that, I'm saying that because I'm so stupid and sinful and blind. We all need accountability. I wish that Driscoll had taken heed of those around him who had tried to help him. He showed so much promise.

Unfortunately, although Driscoll has stepped down (at least for now, though he is said to be considering a return to ministry), there is no question but that his reach and influence have extended far and wide, and still do. Like the spores of a dandelion being blown into the wind, young Christian men all over America picked up on his style of "doing" church and sought to do likewise. Thus, Driscoll's domineering and aggressive pastoring style (if you can even call it "pastoring" since he doesn't seem to have the ability to gently shepherd souls entrusted into his care, as a proper shepherd should) is widely admired and more than that, emulated. A close friend of mine is dealing with a situation at her church where the youth leader, who has been heavily influenced by Mark Driscoll, has such starry-eyed visions of planting churches ( à la Driscoll's aggressive church planting mechanism Acts 29), that he can't even be bothered to look after the souls of the young people who are in his care right now, several of whom are my friend's children, and who are being negatively impacted. He casually told my friend, "Well, I'm not really interested in kids, this is sort of a stepping stone to the next thing for me." Newsflash, Mark Driscoll wannabes: the Mark Driscoll model for doing church is not the biblical way to do things. Casually disregarding people entrusted into your care while you seek a bigger and better platform is not the model.

Pastoring 101 - Here's what should happen when seminary students show up for their first day of class: they are handed two live sheep. And the professor then tells them this: Your assignment is to look after these sheep for the next semester. You are to feed them, care for them, tend them, comb their fur, and protect them from wolves. If at the end of the semester you return both of these sheep to me, alive and in good condition (i.e, they not frightened, malnourished or missing any limbs), then next semester you will have earned the right to graduate to the next step: learning how to minister to actual people.


1 Timothy 3:1-13 - Qualifications for Overseers and Deacons

John Piper and Mark Driscoll: Lessons Not Learned? (Pyromaniacs)
Posted by Christine Pack at 11:02 AM