A Book That Connects The Dots 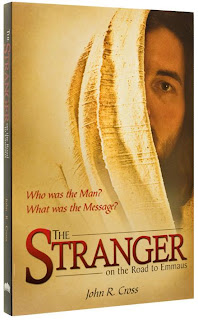 I grew up in a very liberal church that was known for its generosity, its large food bank, and its many social programs to help the community. Our church was in a beautiful old building that was on the historic register. Our church was also one of the few buildings left standing after Sherman's famous march through Atlanta, and had long been rumored to have served as a makeshift hospital during the civil war. When our church undertook the task of renovating this building, blood stains were discovered in the hardwoods beneath the carpet that was pulled up, giving credence to this legend, and adding to the mystique and historic charm of this lovely building.

But - was the gospel ever preached? After all, that is the primary function of a church, to speak life-giving truth to the lost and to disciple the saved.

I honestly can't say that I ever heard the gospel: that there was a sovereign creator God who had made me, and who owned me, and against whom I had sinned by breaking his moral laws. That I had no righteousness of my own with which to approach this holy God. That I was doomed and damned without supernatural intervention of some sort. But, that God, being rich in mercy and loving-kindness, had intervened, and had made a way for sinful man to be made right with him. That he sent his Son, who lived a perfect life, never sinning in thought, word or deed, and who, because of this, was able to offer up his life as a ransom for many. I broke God's laws, and Jesus paid my fine in his life's blood so that I could be released from the rightful condemnation of the law.

Now obviously, having never heard the gospel, it stands to reason that I could not possibly have been saved. Seems so simple when you look at it like that, but what a profound deception that was! You see, because our family was faithful in church-going and participating in its many charities and food drives, we all simply assumed that we knew what the gospel was....and thus, assumed that we were all bound for heaven. My goodness, that's frightening just to contemplate. If any of us in our family had died during those church-going years, we most certainly would have been like those who ended up outside the gates of heaven pleading for entry - and astounded at being denied!


"Not everyone who says to me, 'Lord, Lord,' will enter the kingdom of heaven, but only he who does the will of my Father who is in heaven. Many will say to me on that day, 'Lord, Lord, did we not prophesy in your name, and in your name drive out demons and perform many miracles?' Then I will tell them plainly, 'I never knew you. Away from me, you evildoers!' (Matthew 7:21-23)

I think if anyone in my family at that time had been asked to articulate what the gospel was, we might have been able to get a few points right - after all, some of that jargon was floating around us - we were in a church after all, not a coven! There were Bibles around (though we never studied them) and we sang beautiful old hymns that often set forth the message of salvation in just a few short verses (but these rich doctrines were never discussed or examined).

Rather, I think we would have said something along the lines of, you've got to do your best, be a good person, be moral, and help others. I look back now and think, how could we have thought this was the gospel? And yet, we did.

When God finally opened my eyes, many years later, I remember being so shocked by the idea that I could have faithfully attended something which identified itself as a "church"......and which never preached the gospel. 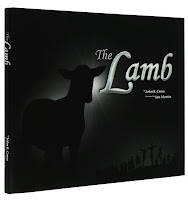 A book I read early in my walk as a Christian helped me connect the dots on why I had never been saved ("Faith comes by hearing and hearing by the Word of God") and also, what exactly the gospel message was. This book was called Stranger on the Road to Emmaus, written by John Cross. I affectionately call this book "Systematic Theology For Dummies." It goes from Genesis to Revelation and very clearly lays out God's plan of salvation, and how he unfolded it, in somewhat of a remedial fashion. It's an amazing book, almost deceptive in its simplicity, and I highly recommend it to anyone trying to put the pieces together on who God is and what the gospel is. It would also be a great book to give to unbelievers. I really can't recommend this book enough. I still pick it up from time to time and read through sections of it, and it continues to amaze me.

There is also a children's version of this book called The Lamb which my own children love, and which very clearly puts forth God's plan of salvation in a way that is easy for a child to understand.

"Behold, the Lamb of God who takes away the sin of the world!"
Posted by Christine Pack at 6:00 AM