Megachurch pastor Rob Bell, a prominent leader in the Emergent Church Movement, has recently released a YouTube video in which he makes what sounds almost like a creedal statement, presumably as a rebuttal to all who are rightly calling his new book "Love Wins" the heresy that it is.  But please don't be fooled by Bell's persuasive, sing-songy honeyed words: no matter what he proclaims in this video, Rob Bell affirms a Universalist heresy known as "Universal Reconciliation/Christian Universalism" throughout his newly released book.  Here is the video, which we've also transcribed, and then below that we've given our response to Bell's statement: 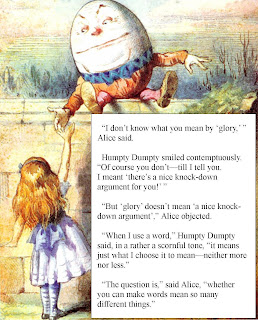 So let me get this straight: Rob Bell writes an ENTIRE book laying out his case for Universalism, and then when people start calling him on it, he stands up and gives this I-am-not-a-universalist creed with a straight face. And just listen to the people whooping and hollering in the background (Yeah, you tell 'em Rob! They can't slander you like that!) Uh, what? Have I fallen down the rabbit hole, and ended up in Wonderland where nothing is as it appears, and words are plastic-y playthings that only mean what the speaker wants them to mean?

As persuasive of a speaker as Rob Bell is, I emphatically and categorically reject Bell's attempt to frame himself as orthodox by making the above statement. As we've written here before, we fully expected Rob Bell to affirm all of the things he does on this video because he already affirms them in his book "Love Wins." (And yes, I did actually read the book.....and so according to Rob Bell's own statement, I am therefore allowed to have an opinion!) In all seriousness, the problem here is that - like any classic cult member - Bell is rejecting the biblical definitions of all those things he is affirming. Rob Bell has conjured up his own redefined versions of these Christian beliefs he is supposedly affirming.  A few examples:

.....the historical person of Jesus (and the Jesus of the Bible) who makes atonement only for those who come to the Cross through repentance and faith in this life (God's version)

.....Hell, as a period of "pruning" in which God is continuing to woo each person who is there until they end up in heaven (Bell's version, p. 91 "Love Wins") as compared to

......Hell as an eternal punishment for those who have broken God's moral laws, and who are paying the penalty of their sins with their own lives (God's version). 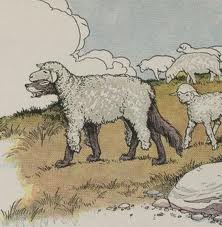 The Bible has spoken clearly and authoritatively about all of these Christian concepts that Bell has "affirmed." To be in rebellion to God's Word is to also be in rebellion to Jesus himself, who in Scripture is known as "the Word." God would not have supernaturally written and preserved the inerrant Word of God for us if He didn't desire for us to fully and deeply know him, and also know what He requires of us.

I exhort my brothers and sisters in Christ to reject this wolf in sheep's clothing who attempts to use Christian terminology to assert orthodoxy, but who has revealed in his book "Love Wins" an arrogant disdain for the revealed Word of God. Make no mistake: the emergent church movement is a Christian cult, and in my view, the fastest growing one in existence today. Beware, beware, beware.


"For the time will come when they will not endure sound doctrine; but wanting to have their ears tickled, they will accumulate for themselves teachers in accordance to their own desires." (2 Timothy 4:3)

Who Exactly Has Got Some 'Splainin' To Do?
What Is The Emerging Church Movement and Why Is It Dangerous?
What Is Fundamentalism?
Rob Bell In His Own Words On The Inerrancy of Scripture
"Love Wins" the Smoking Gun That Proves Rob Bell is a "Christian Universalist"
Is Rob Bell A Universalist?  Yes and No.
Rob Bell: Don't Call It Universalism
Meeting at Mars Hill Bible Church Over Rob Bell's New Book
Jesus Gave Us Almost All We Know About The Doctrine of Hell
What Is A "Christian Universalist" (Besides an Oxymoron)?
What Is the "Wider Mercy" Doctrine?
Heads Up, Christian Parents: Rob Bell Is Teaching Your Kids Universalism
Two Thoughts on the Rob Bell Brouhaha
Rob Bell Praises New Age Author Huston Smith
Rob Bell and Shane Hipps: Blood on Their Hands
Quantum Science Proves 'Everything Is Spiritual?' Not So Fast, Says Quantum Physicist Dr. Frank Stootman
Posted by Christine Pack at 8:13 PM