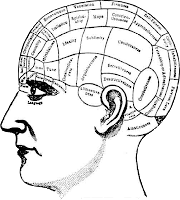 Thank you to Brannon Howse for his show today which discusses a newly released study that makes the startling claim that born again Christians have "smaller brains" than their Protestant counterparts who do not claim to have had this spiritual experience. The study, which was conducted by Duke University Medical Center, ruled out depression as a contributing factor and assessed 268 adults over an 11-year period. According to the USA Today article which ran this story on 5/27/11, the study:


"found an association between participants’ professed religious affiliation and the physical structure of their brain. Specifically, those identified as Protestant who did not have a religious conversion or born-again experience — more common among their evangelical brethren — had a bigger hippocampus.”

Christians today seem to be the last group that it is acceptable to demonize, but articles such as the one cited above are not new strategies. Margaret Sanger of Planned Parenthood, widely known for championing women's rights, was also a racist who advocated that blacks ought to be sterilized for the "purity" of the Caucasion race.  Hitler despised the Jewish race to the extent that he came up with the "Final Solution" which he implemented in his attempt to exterminate them from the earth.

Click here to listen to Brannon's show about this latest tactic to demonize conservative, Bible-believing Christians.