The Bible: "An anvil that’s worn out many a skeptics’ hammer"

Posted by Christine Pack, excerpted from a sermon by Pastor Jeff Noblit
"The Bible, Faithful and True,"Grace Life Church of the Shoals 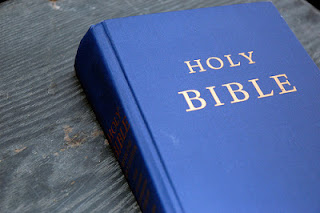 ❝Let me just give you a couple of thoughts from archeology here. And I won’t stay long here, but through the ages Bible critics and skeptics have railed against the Bible as being full of error and not being truth through and through. And one of the areas that they used to really hit on is when the Bible spoke of history. For example, Bible critics and skeptics for years said that Moses could not have written the Pentateuch, the first five books of the Bible. Genesis, Exodus, Leviticus, Numbers, Deuteronomy. They said it couldn’t happen because they said, “In all of our studies of history and all of our archeological discoveries, we found that, the art of writing did not exist back in Moses’ day, so he could not have written it.” But then they dug some more, and then they researched some more. And behold, you know what they discovered? The art of writing did exist in Moses’ day, and matter of fact it existed far beyond the day of Moses. Give science a little time, and sometimes science catches up with the Bible.

Ur of Chaldeans, remember the story in Genesis chapter 12? God called Abram from the land of Ur of Chaldeans to go to the promised land. Very prominent and clear statement in the Word of God. Archeologists and ancient historians said, “The Bible’s wrong. We discovered, we’ve researched, we’ve dug. We find no traces of any place called the Ur of Chaldeans.” Lo and behold, you know what recent archeologists have discovered? They’ve discovered in their digs a great and vast city called Ur. It has wide streets. It has lovely homes. It even has its own sanitary system. And as if God says, “I want to put a little addendum to it all,” the columns in the streets have the name Abram on them. Give science a little time, and sometimes it catches up with the Word of God.

For years the Bible critics and the skeptics railed against the story of the fall of Jericho. They would tell you the story of the fall of Jericho was equivalent to Alice in Wonderland or Jack and the Beanstalk, just an imagination, just a fairy tale. But they don’t scoff and they don’t laugh anymore. You know what recent archeological discoveries have found? They found the entire city of Jericho. And unlike many of the other ancient cities, and all the ancient cities had walls, the walls of Jericho are not intact. They’re not standing up. They’re finding that the whole wall system was crumpled and laying on the ground because that’s what God says the Jews would march around it seven times and blow their trumpets and shout, and the walls came tumbling down. Archeology proves it.

You remember reading about the Hittites? The Hittite people that the Bible speaks of in the Old Testament over there in the promised land they were to destroy all of the Hittites. Well, Bible critics and skeptics had a field day there too. “Oh, we don’t believe that. We’ve found no evidence whatsoever in any of this region that a Hittite people ever existed.” But they kept digging and kept discovering and guess what. Today, modern archeologists have unearthed vast evidence of a vast Hittite empire. Matter of fact, a popular magazine dedicated their whole volume to the ancient Hittite people, particularly their glorious capital city. Today there are museums full of artifacts with the name Hittite on them.

William Ramsey was a, a young scholar, and William Ramsey was very intelligent. And he was convinced that the gospel of Luke and the book of Acts, written by Luke, or allegedly written by Luke, were counterfeit. Luke didn’t write them at all. They were written later and they were full of errors. So he thought, “If I can go back and discover what things were like in the days that Luke says he wrote them and find out that Luke’s statements are not correct with history and geology and, and the geography of the day, then I can prove him wrong.” William Ramsey began to dig in the ruins of Greece and Asia, Asia Minor testing for turns and boundaries and all these items that he could prove that Luke’s documents were counterfeits. But to his amazement, he found that the New Testament scriptures were accurate to the tiniest detail. He was so convinced that Ramsey became a believer in Jesus Christ. And to this day, His book on the history of the New Testament is one of the most used books by New Testament scholars.

photo credit: Steve Snodgrass via photopin cc
Posted by Christine Pack at 11:43 AM