Living The Christian Life - A Mystical Secret? The Life of Hannah Whitall Smith 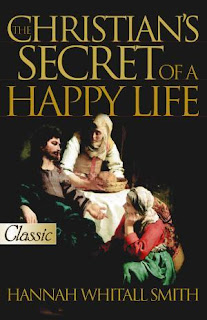 Her life seemed to be an unbroken chain of tragedies. Nevertheless she penned one of the most popular Christian devotional books ever written. She had discovered the "secret of happiness" even in the midst of unspeakable loss and sorrow.

Single minded, sometimes impulsive, unorthodox and more often than not, very controversial. All this and more would fail to encompass the fascinating person and life story of Hannah Whitall Smith.

Blessed with a keen intellect, inquiring mind and indomitable will, this remarkable woman's influence is realized even today on society at large and western Christianity in particular.

The latter alone necessitates a closer look at Hannah Smith and her famous Christian classic, The Christian's Secret Of A Happy Life.

Born on February 7th, 1832, Hannah Tatum Whitall Smith was the firstborn daughter of John Mickle Whitall and Mary Tatum Whitall. Her parents were devout, prominent and influential members of the Quaker community of New Jersey.

Hannah was married on November 5th, 1851 to Robert Pearsall Smith, also descended from the same Quakers of that area.

Her very early life, up to the age of about sixteen, has been described as being very unremarkable, with Hannah apparently experiencing a very happy childhood in a stable albeit very strict Quaker home. As with most of us, we are at least in part the sum total of our early childhood and life experiences, be they good or ill. This holds true of Hannah, who was undoubtedly influenced strongly by the mystical approach to God that characterized the Quaker's belief system and practices. It would appear unmistakable that such beliefs informed her worldview and were instrumental in her "discovering the secret" to a satisfying, or as she would characterize it, a "happy" Christian life. 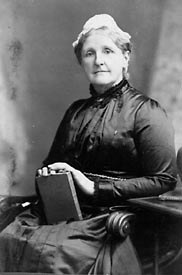 Crisis of Faith and Subsequent Conversion

At around the age of sixteen, Hannah became very distressed over the issue of her relationship to God and had grave reservations that she even possessed salvation. She grew more and more disenchanted with the "Society of Friends" Quaker denomination and its insistence on legalistic demands upon its adherents. Her diary entries indicate the spiritual bondage she experienced in trying to be and do good absent a relationship with Jesus Christ. That all changed some years later at a prayer meeting revival in 1858 at which Hannah and her husband professed conversion to Christ. At great personal loss and banishment by many of their family members, both Hannah and Robert resigned from the Society of Friends.

Hannah's first instructors under the evangelical umbrella were members of the Plymouth Brethren. She was excited to be learning the Bible but soon took offence to the Biblical notion that God would somehow choose some for salvation in Christ but leave others to perish in their sin.

She could not reconcile in her mind how an all-loving God could do such a thing and vowed she would never be able to worship and serve such a cruel divine being as she perceived taught in the Brethren's strict Biblicism. Though not fully developed, from the very beginning it appears she believed what would later become evident from her later writings, a Christianized version of the doctrine of Universal Reconciliation. It would seem Hannah had left the Quakers but Quakerism never quite left her.

Bidding farewell to the Plymouth Brethren, Hannah began attending meetings conducted by the embryonic Methodist holiness movement. In July of 1867, Hannah's husband Robert was apparently "sanctified" in true Methodist fashion at a camp meeting. Soon after they both became active members of the National Holiness Association. In short order Hannah experienced a less dramatic sanctification experience as her husband but "settled" the matter of holiness as the Methodists were wont to say.


The founder of Methodism, John Wesley preached an estimated 40,000 sermons and travelled some 250,000 miles in bringing the gospel to multitudes.

Thus, Hannah Smith and her husband Robert adopted the Wesleyan doctrine of sanctification also referred to as "entire sanctification." This somewhat complex, and Biblically debatable, view of the process of the Christian's growth in holiness (sanctification) without doubt also contributed greatly to Hannah's developing theology, as did the aforementioned adherence to the aberrant doctrine of Christian Universalism. The next major influence on the Smiths followed on the heels of these experiences in the form of a popular Christian author and speaker, whose teaching was a key impetus in the formation and subsequent flourishing of the holiness movement in the United States.

The Smiths were exposed to the teachings of "Deeper Life" proponent Presbyterian minister William E. Boardman at a meeting, and his impact upon them was instant and dramatic. Boardman had been experiencing tremendous success in his preaching and teaching ministry, particularly in Britain. He authored the very popular and widely read book, The Higher Christian Life (1858), which expounded his view of sanctification and which in fairness must be said differed from Wesleyan Perfectionism. In the book, he sets forth a theological view of sanctification that, if not demanding, strongly suggests the necessity of a second work of grace.

The Smiths immediately became disciples of Boardman and it appears he groomed them to become speakers promoting Holiness and the Higher Life. During the years 1873-1874, Boardman and the Smiths spread this message throughout England. Later they would take this same message to the United States as influential speakers in the Holiness Movement.

Hannah Whitall Smith's Unhappy Life (Though Her Book The Christian's Secret of A Happy Life Is Still Considered A Classic of Christian Literature)
Posted by Christine Pack at 11:25 AM